The second Test between both the teams will be played as a day-night Test match at Eden Gardens, beginning from November 22. 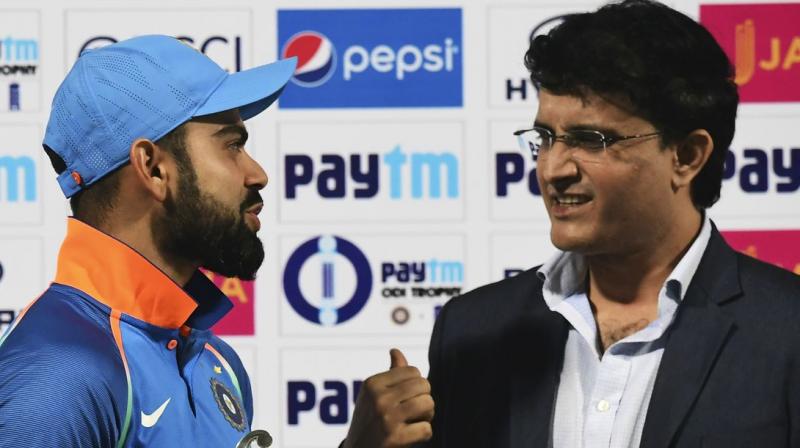 "I met Virat on 25th October for an hour and my first question was, we need to have day-night Test cricket and the answer in three seconds was let's go ahead and do it," said Ganguly

"I found him absolutely acceptable to play day-night Test matches," he added.

He made these statements on the launch of former international umpire Simon Taufels' book "Finding The Gaps".

The second Test between both the teams will be played as a day-night Test match at Eden Gardens, beginning from November 22.

"My 100th Test match was a boxing day Test match and there were 70,000 people watching the game on Day 1. You should have seen the Ashes not one seat is empty," said Ganguly.

"I remember the last day in a Test match in Eden Gardens there were 1,50,000 people watching the game. However now people life has changed, societies have changed and people don't turn up for Test cricket like they used to do," he added.

In the recently concluded Test series against South Africa, India thrashed the Proteas in one side games to consolidate their position in World Test Championship. Moreover, not many people had turned up for the Test matches during the series.

"Virat realizes that empty stand in Test cricket is not the right way forward," said Ganguly.

The former cricketer had led India to 21 Test wins and the final of the 2003 World Cup and he has already been an administrator for the Cricket Association of Bengal.

The southpaw also served in BCCI's technical committee and was also a member of the Cricket Advisory Committee along with Indian greats Sachin Tendulkar and VVS Laxman.