A lot of the local players, who are currently in fine form, were eyeing the MPL as a stepping stone to appear in the IPL auctions. 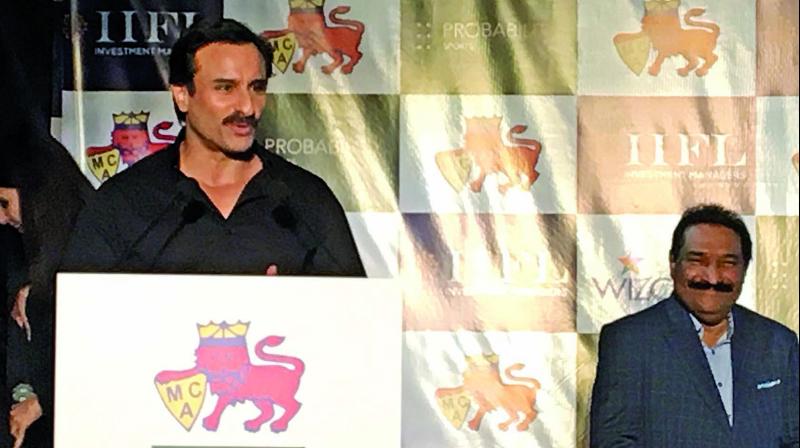 Saif Ali Khan at the launch of the MPL logo.

Left arm spinner, Harmeet Singh, 25 is serving a one-year cooling period that does not allow him to play Ranji cricket for the duration. He has moulded himself into an all-rounder for the smaller format of cricket.

Eknath Kerkar, 24 has doubled his workout regime to seal a place in the Mumbai playing eleven. Opener Sumit Ghadigaonkar, 25 finished off as the top scorer in the Police Shield Tournament by the end of the year with two double tons, hoping to stir the selectors with his tasteful batting style.

Paul Valthaty, 34, who is best known for his century in the 2011 Indian Premier League (IPL) for Kings Eleven Punjab (KXIP), was eyeing a return to the glamorous league.

These are a few names out of the surplus that Mumbai cricket has produced, all of which were looking forward to the Mumbai Premier League (MPL) that was announced by Mumbai Cricket Association (MCA) as a chance to showcase their mettle before the IPL auctions. Unfortunately for them, the league has been postponed, with the dates unannounced.

The league was supposed to be played from January 4 to 9, but the fate of the league is not known to anyone, as of now. The league is postponed due to a few reasons. One being the delay in filing the paperwork, and the other was Board of Control for Cricket in India’s (BCCI) decision to bring the Zonal T20 League, which commences from January 7, forward.

MCA Joint Secretary P.V. Shetty says that the league will definitely take place, without clashing with other tournaments. “We are waiting to find a window to host the league. It will take place in the coming time,” says Shetty.

The above mentioned cricketers were pumped up to participate in the league to turn their fortunes and the news of the postponment has let them down. “There is no point of having it after the Mushtaq Ali Tournament, as the IPL auctions will be done by then,” says Ghadigaonkar, who has been called by MCA for selection matches for the Zonal T20 League. 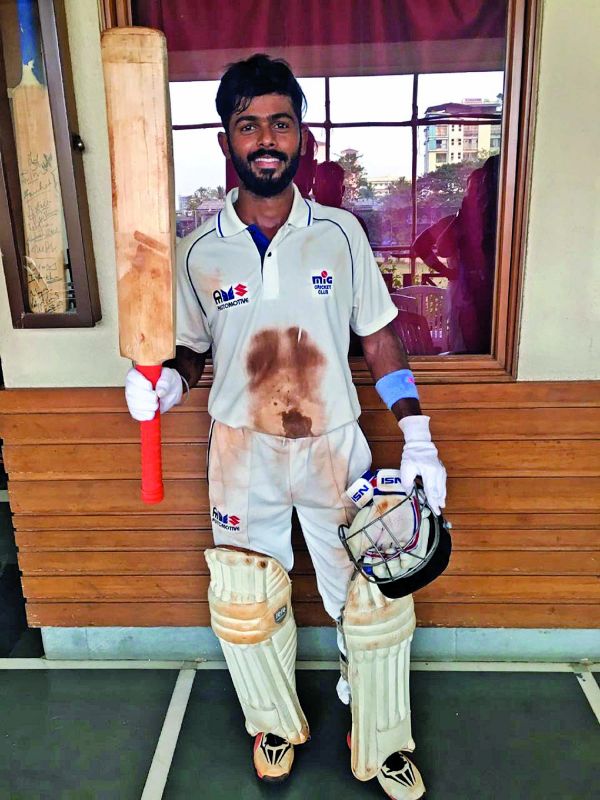 Sumit Ghadigonkar after a double ton in Police Shield.

Wicket-keeper batsman Kerkar stresses on players from other states like Karnataka and Tamil Nadu having an edge over Mumbai’s cricketers, as their leagues have concluded before IPL. Last year, Tamil Nadu bowler Thangarasu Natrajan’s life changed dramatically after he was bought by KXIP for `3 crore based on his performances in the Tamil Nadu Premier League (TNPL). Kerkar dreamt of something similar. “Karnataka Premier League and TNPL have already been played. I thought the MPL could be our chance to get selected for Mumbai and then appear in the IPL auction. With so many domestic tournaments lined up, I don’t think it (MPL) will happen now,” sighs Kerkar who scored a swashbuckling 169 of 161 balls in the Police Shield Tournament.

Harmeet, who dismissed nine Greater Mumbai Police team batsmen in one innings in the Kanga League was eyeing MPL as an opportunity to impress IPL team scouts. “We cannot really help it as Mushtaq Ali (tournament) has been postponed. As I am serving my cooling period, it would have been a good chance with scouts for IPL teams. I am in great form also. Nevertheless, I will wait for another chance,” says an optimistic Harmeet, who was an integral part of the Under-19 team that lifted the World Cup in 2012.

The league has been in the pipeline for quite some time for the MCA and the huge announcement that took place was enough to convince  enthusiasts of a strong show. However, players as well as spectators will have to wait for its fate to be announced.