Natasa accepting marriage proposal from Hardik, reflects their sense of support for each other as a team. 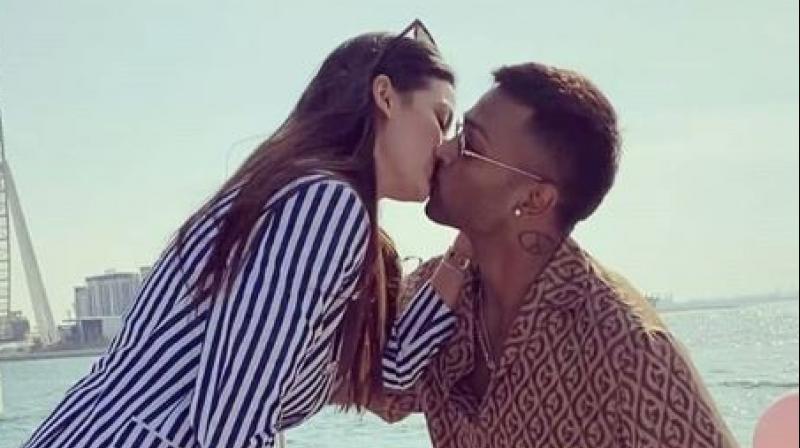 Speaking exclusively, he says, "Of course different cultures mixing has it's own challenges, but at the same time the critical binding factor is love. Love is an attitude that needs to be there in both people who come together. Even though Natasha hails from Europe but she must have studied Indian culture quite a bit, as a part of her homework to get established in Bollywood."

"Hardik and Natasha have had their similar journeys from struggle to success. This must have also been a factor which made them relate well."

"More important is that they continue to relate and keep their attitude of understanding, owning and caring for each other".

"Of course there has been a history of love relationship between cricket stars and actors. When it comes to women, they get attracted to the masculinity more than body appearance as in case of men", Dr. Khanna, who has degrees in MSc & Ph.D (Psychology, Counselling & Psychotherapy) and is a Certified Professional Coach, added.

Pandya is dark complexion compared to a fair lady, Natasa. Natasa accepting marriage proposal from Hardik, despite him getting suspended by BCCI, reflects their sense of support for each other as a team.

"In the heat of the moment anyone can become candid loose control over words and behavior. More important is what support system one has. Hardik would have received lot of empathy and support, from Natasha on the same. And that's what a relationship between a couple who is coupled well", the counsellor concluded.