We will dominate the Aussies: Murali Vijay

I want to be more consistent and provide better starts to the team, says Vijay 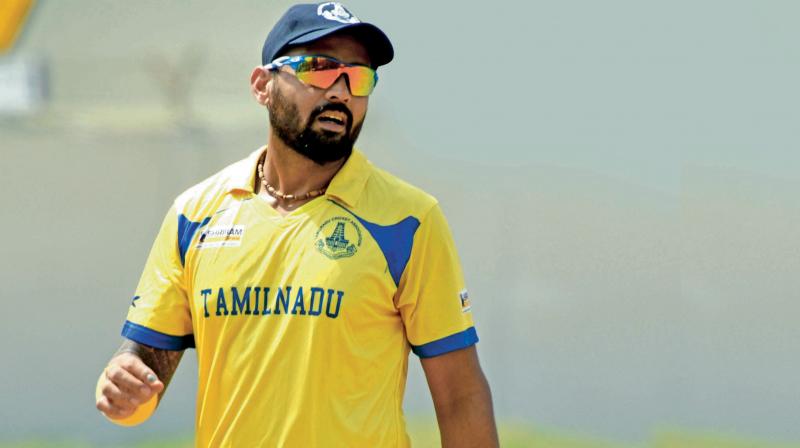 Chennai: India opener M. Vijay, who has recovered from shoulder and finger injuries, believes India can dominate Australia when they tour for a four-Test series starting from February 23. The Tamil Nadu batsman said he would also strive hard to give better starts to Team India.

After having been India’s no. 1 Test opener for almost three years, you were dropped for the third Test at Gros Islet in the West Indies last August. How did you react to it?
I have always been a guy who goes by what the team management says. They wanted to give me a little more time, as I wasn’t 100 per cent fit coming from a thumb injury. I had missed the second Test. It was a delicate situation for everyone as both the openers scored runs. I felt it was only fair to sit out for a game. I worked hard on my fitness and gave my energy to the boys who were playing inside.

Since the West Indies tour, India’s opening combination has been changing around a lot. Has it been unsettling as an opener not to have a fixed partner?
Definitely it plays a big part. But injuries are inevitable. It’s unfortunate that KL Rahul injured his wrist and missed a few matches. Then I had to cope with a thumb injury. We can only work on our fitness honestly and make a comeback. My approach hasn’t changed. It’s always been to go out there and dominate.

Has too much emphasis on playing solid defence and leaving the ball outside off-stump affected your natural shot-making ability that you were once known for?
Not really. I still enjoy all three formats. People know that I started off plying shorter formats before becoming a Test batsman and it’s been one hell of a ride for me. I’m enjoying every bit of my transformation. Out in the middle, I react according to the situation. During the Mohali Test against England, I tried to play a little more forcefully and got out. Those are the things I’m trying to eradicate from my game now. I want to be more consistent and provide better starts to the team.

Your strike-rate (46.15) is one of the lowest for an Indian who has scored 3000+ runs in Test cricket. Are you happy with the way you have been pacing your innings?
I believe only the bowlers have to worry about the strike-rate. Batsmen should spend as much time as possible in the middle. I’m able to do that consistently and I think I’m doing a great job. However, if my team requires me to push, I am ready to do that too.

Where you play also matters. In Australia, you get good bouncy wickets where you can play your shots and there are more opportunities to score boundaries.

In England, you have to play a waiting game. The conditions are such that you can’t go bang bang! In South Africa, if your mind is clear, you can play with a better strike-rate. Nowadays the teams are setting different fields for different batsmen and that’s a big challenge.

The upcoming Champions Trophy will be held in England where the ball swings a lot initially. Do the challenging conditions give you a hope of reclaiming your ODI spot?
No doubt that I’m pushing myself to play in all-three formats. But the selection is not in my hands. I’m working on my fitness and skill sets. I have got one format in my hand and I want to be as consistent as possible.

When Mitchell Starc took your wicket in Sydney Test of 2015, the celebration was a bit exaggerated. He was even reprimanded for the send-off. You will be soon facing the top Aussie pacer on Indian soil. Are you looking forward to the showdown?
I’m up for the challenge. I have a strong belief in my ability and I’m sure it will hold me in good stead. I’m also working on a few aspects to enhance my game. It looks like Australia have a new strategy for India tour as they have packed their squad with spinners. What we have to do is to focus on our preparation. Aussies are a top side, but we have been playing a great brand of cricket for the past three years.

I think we will be dominating the Aussies. Our approach would be winning the series 4-0. I think our top five has been great and everyone has stepped in and performed.

What’s the one thing you have learnt from Virat Kohli, the batsman?
I would like to pick his brains more when it comes to game plans. He has been setting great examples for all of us to raise the bar. He has done it in all three formats. I would like to see him inspire more people.

Your Tamil Nadu opening partner Abhinav Mukund is back in the India squad…
It’s great to have him back. A six-year wait is not easy for any sportsman. His persistence really stands out. I hope he has a long India career.

We recently had a chat and I told him how the India team is like today. I also told him that he is equipped to meet all the demands. His fighting ability is going to take him places.