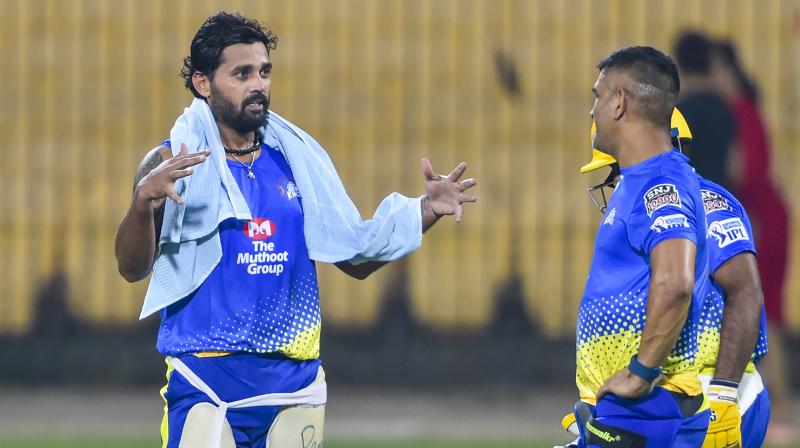 Captain of three-time IPL champions, Mahendra Singh Dhoni and teammate Murali Vijay after a practice session ahead of the13th edition of the tournament in Chennai on Monday. PTI Photo

New Delhi: Board of Control for Cricket in India (BCCI) has decided to halve the prize money for this year's IPL champions and the runners-up as part of its cost-cutting measures for the upcoming edition.

In a circular sent to all IPL franchises, the BCCI has notified that instead of a whopping Rs 20 crore, the IPL champion team will now receive Rs 10 crore. The glitzy event gets underway on March 29.

“The financial rewards have been reworked as a part of the cost cutting measures. The champions will get Rs 10 crore instead of Rs 20 crore. The runners-up will get Rs 6.25 crore from earlier Rs 12.5 crore,” a BCCI notification, in possession of PTI, read. The two losing qualifiers will now get Rs 4.3 crore each.

“The franchises are all in good health. They also have multiple ways like sponsorships to bolster their income. Hence the decision on prize money taken,” a senior BCCI source said.

However, state associations hosting IPL games will get Rs 1 crore with franchises and BCCI contributing Rs 50 lakh each.

It has also been learnt that mid-level BCCI employees won't be allowed to avail business class flights like earlier for flying to Asian countries (Sri Lanka, Bangladesh, UAE) where the flight time is less than eight hours.