IPL 10: Delhi look to press on in playoffs’ quest

They had a strong first year, but have not been able to find that spark in IPL-10. 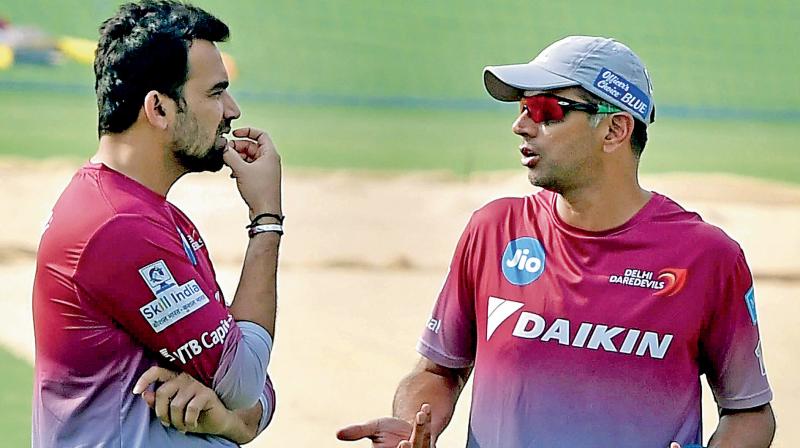 Gujarat too have been at the receiving end from the stronger teams and are level with Delhi on six points, but one place below in the league. (Photo: PTI)

New Delhi: Having climbed off the floor, fists swinging, in a six-wicket win over defending champions Sunrisers Hyderabad on Tuesday, Delhi Daredevils will look to press on in their playoffs quest when they go up against Gujarat Lions at the Kotla here on Thursday.

Three games in six days is a tough ask, but the fact that they are all at home will come as respite for a squad on the road for a while. Plunging back into action so soon after a morale-boosting result therefore could be some much-needed balm for a team battered by a five-match losing run.

Batting has been the Daredevils’ Achilles heel, but against Hyderabad, the team management finally looked to have got the sequence right. Constant changes in team combination from the flag-off seemed to have affected morale and performance till the nadir at Mohali four days ago when Delhi were bowled out for their lowest ever total.

If that phase is over — and on past evidence there is no guaranteeing that is so — the hosts could take on Suresh Raina’s side in good heart, looking to push on from sixth place on the league table.

The bowling — Delhi’s strongest hand — has acquired further teeth with the return of Mohammad Shami and if the batsmen get runs as they did in the three wins so far, they could well turn into a dangerous joker in the IPL pack.

Gujarat too have been at the receiving end from the stronger teams and are level with Delhi on six points, but one place below in the league. They had a strong first year, but have not been able to find that spark in IPL-10.

There is no shortage of batting talent in the ranks. Any team that numbers Raina, Brendon McCullum, Aaron Finch, Dwayne Smith and Dinesh Karthik in the line-up has to count as a threat but they have not fired as a unit, leaving them just inches away from elimination.

One more reversal — for either side, in fact — will spell finish to their playoffs hopes.

The Lions are here on the heels of consecutive losses including a heartbreaking Super Over defeat against Mumbai Indians at Rajkot, but with all to play for, the packed Kotla galleries could well be in for some fireworks with the bat, if nothing else.