IPL 10: Nair all for fearless brand of cricket

Chris Morris, who along with Corey Anderson saw Delhi home, credited the New Zealander for leading the way. 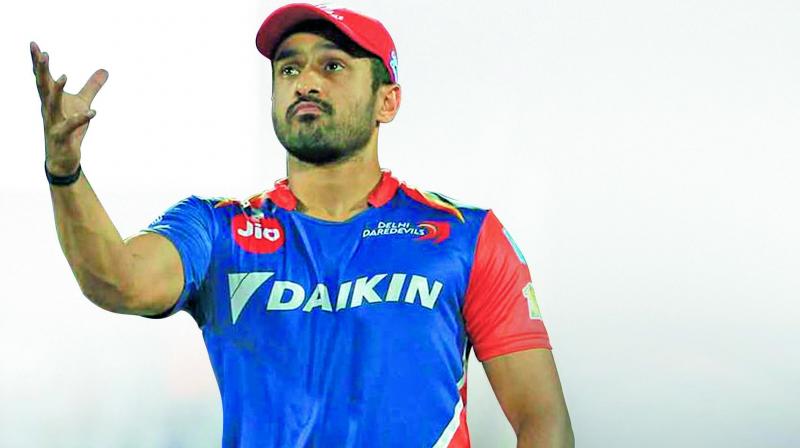 New Delhi: Delhi Daredevils stand-in-skipper Karun Nair stressed on the significance of playing “fearless cricket”, a trait the young team were expected to show in plenty in this season’s Indian Premier League.

Down and almost out after a string of five straight losses, Delhi youngsters delivered when it mattered stunning Sunrisers Hyderabad on Tuesday night with a commanding victory that took them to sixth in the points table.

“I think it was a great win,” Nair told iplt20.com later. “All we talked about is we, being a young team, should play like one. So, we just went out there and played fearlessly.”

Nair, who led in the absence of injured pacer Zaheer Khan, scored a 20-ball 39 to help Delhi scale down the 186-run target set by Sunrisers.

“It was just the intent and we wanted to go out there and go after the bowling,” Nair said. “With the four of us being youngsters at the top of the order, (the idea was to) just go out there and smash the ball.”

Chris Morris, who along with Corey Anderson saw Delhi home, credited the New Zealander for leading the way.

“Having Corey Anderson on the other side smacking the ball off the middle was quite nice,” Morris said. “We were confident and were saying that if it’s in your arc and if it was in your area, smack it. And that’s the way we like to play cricket — confidence and smack a cricket ball.

“So, yeah, I think Corey Anderson (came up with a) masterclass in how to chase that score.”