If fit, I’ll play in the next world cup, says Mithali Raj

Mithali Raj talks about the Indian Women’s Cricket Team, what went wrong in the finals and the next World Cup. 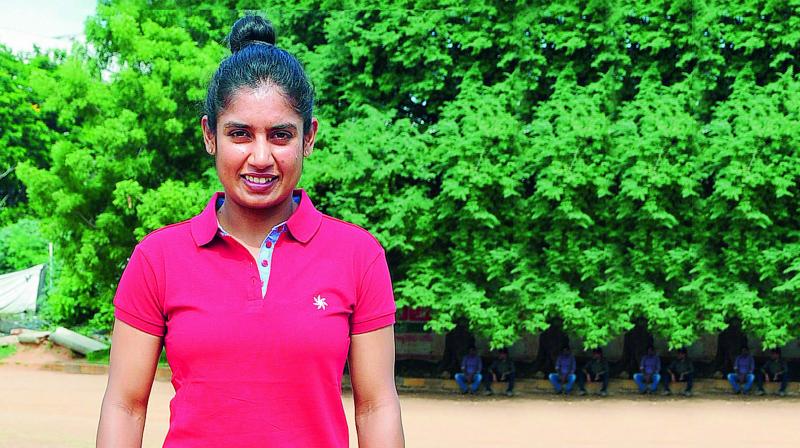 Confident, calm and hardworking is probably how one would describe Mithali Raj. The 34-year-old cricketer scaled yet another peak by becoming the highest women’s ODI run-scorer recently.

In a chat on Wednesday morning at the St John’s Cricket Academy in Secunderabad, the Indian women’s cricket team captain opened up about making it to the World Cup finals, the scope of women’s cricket, watching Baahubali and a lot more.

While everyone in the country continues to applaud Mithali and her team’s efforts, the skipper remains simple, straightforward and down-to-earth. Excerpts from an interview:

Q How was your experience at the ICC Women’s World Cup?
The World Cup is what every player looks forward to. There is a lot of pressure as it is the biggest event in a cricketer’s career. We started our preparation for the World Cup a year-and-a-half ago as a team. As a player, I started practising a year back. It was important for our team to perform better than the last World Cup, where we did not even qualify for the Super Six. Therefore, this year, we first aimed to qualify for the semis.

Q What was your initial reaction after the loss in the finals and how did you cope?
It did hurt as the match was in our hands for a long time and we crumbled in the end. The inexperience in the lower order and the pressure could have been the reasons. Even if it was a one-sided match, it would not have hurt so much. As a captain and a player, we disappointed ourselves by not turning a match, which was in our grip, to our advantage. However, our performance has benefitted women’s cricket as a whole.

Q How are you handling all the appreciation?
I did receive similar appreciation in 2005. However, this is much bigger. Back then, nobody knew that India was even playing a World Cup. The final match was not televised either. Though I got a good reception here in Hyderabad, the other players were ignored. All these things changed this year, thanks to social media. BCCI coming into the picture also worked well for the team. All credit to the girls for using this platform to play good cricket. People are now interested in women’s cricket.

Q Any advice for upcoming women cricketers?
Now is a good time to take up cricket as a career. When I started off, there was absolutely nothing. The BCCI and government are showing interest and so is the audience.

Q You were pursuing dance. How did cricket come up?
I started dance before cricket, as it was my own interest. But my dad put me into cricket.

Q When you are not playing, what do you like to do?
I keep myself occupied by reading. I love Jeffrey Archer’s Paths of Glory, Matthew Reilly’s The Tournament and Paulo Coelho’s The Alchemist. I like exploring new places — I do not get to do that when I am on a tour because I have responsibilities as a captain. I’m not a film buff, but I watched Baahubali after 5 years.

Q What does your typical day look like?
I train from 6.30 am to 9 am here at St John’s Cricket Academy. I then go back home for breakfast and sleep. After lunch, I go to the gym. In the evening, I read and spend time with family.

Q Who are your close friends?
I am not a social person. I prefer meeting friends at home. I also love eating home food. However, I miss riding my bike around the city. The first thing my mother told me when I was back from the World Cup is to stop doing that as people recognise me now!

Now, I am preparing for the T20 World Cup next year as the format is challenging. We want to continue to keep at this form.