Sports   Cricket  04 Oct 2019  'I had to cut my hair to play a cricket match with boys': Shafali Verma
Sports, Cricket

'I had to cut my hair to play a cricket match with boys': Shafali Verma

The 15-year-old said her father used to take her for practice along with her brother. 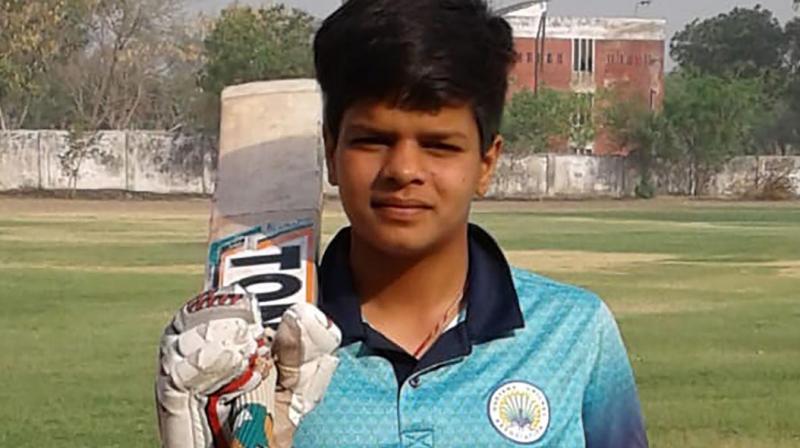 Verma failed to leave a mark during her debut as she was dismissed on a duck. (Photo: AFP)

New Delhi: Fifteen-year-old Shafali Verma had to trim her hair and fight for a chance to play cricket, now after making her debut she has questioned the discrimination against girls and batted for an equal chance for females in all fields.

"I had to cut my hair to play a cricket match with boys as they did not want me to play with them because I am a girl and they used to say that I may get injured," she explained.

Stating that she was disappointed over such incidents, Shafali further said, "Then my father said cut your hair shorter otherwise they will not let you play. So, I cut my hair and they didn't come to know that I am girl."

"This happened when I was in process to start my cricketing career. They now came to know that the boy who they played with was actually a girl," quipped the batter.

"These days women are doing much better than boys then why discrimination is there, we should be given equal chance in every field in my opinion," she asserted.

Verma failed to leave a mark during her debut as she was dismissed on a duck. However, in the fourth T20I against South Africa, she hammered 46 runs off 33 deliveries to help her side register a 51-run victory.

The 15-year-old said her father used to take her for practice along with her brother.

"My family likes cricket so much. Actually, my father used to play cricket but due to no guidance, he couldn't pursue his career. My father used to take my brother and me for practice," Verma said.

Verma stated that former cricketer Sachin Tendulkar is her idol.

"Sachin sir is my idol. When he came to play his last Ranji match, I was there and it was a pleasure to watch that match and then I decided that I will have to work hard," Verma said.

India defeated South Africa in the fifth T20I by five wickets on Thursday. Praising her team, Verma said: "Things have changed and the team is getting good matches which is a really good thing and team is also working hard. My focus is to perform better and play as much as possible so that I can cement my place. It's just start of my career so I would like to avail each opportunity."