In the ODI batting chart, Kohli and his deputy Rohit Sharma held on to their positions, while Bumrah remained at the top in the bowling. 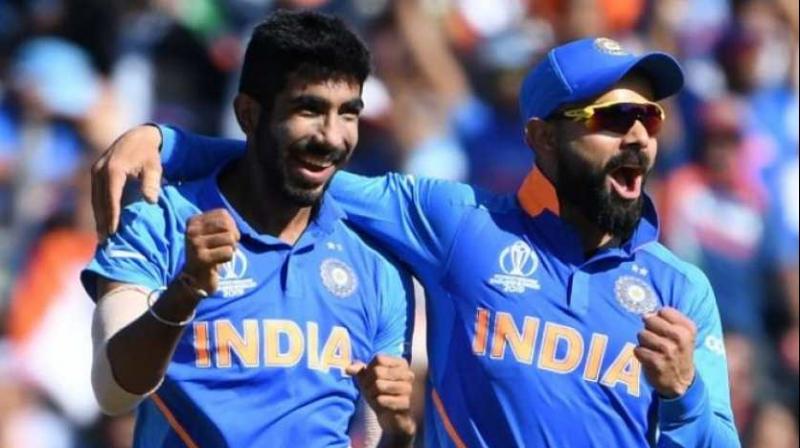 In the ODI batting chart, Kohli and his deputy Rohit Sharma held on to their number one and two positions respectively, while Bumrah remained at the top in the bowling list.

The left-arm fast bowler, who retired from Tests earlier this year to concentrate on white-ball cricket, had taken a three-wicket haul in the final match. His previous highest ranking was 10th in June this year.

Usman Shinwari, another left-arm fast bowler from Pakistan, made a significant rise, gaining 28 slots to reach 43rd position after finishing with six wickets in the series, including a five-wicket haul that won him the player of the match award in the second ODI.

Left-handed batsmen Fakhar Zaman (up two places to 16th) and Haris Sohail (up three places to 32nd) are the others to gain from Pakistan, while Sri Lanka's Danushka Gunathilaka has reached a career-best 70th place after a century in the final match.

Namibia, Oman and the USA, who have ODI status, meet the minimum requirement of eight qualifying matches and are now on the rankings table.