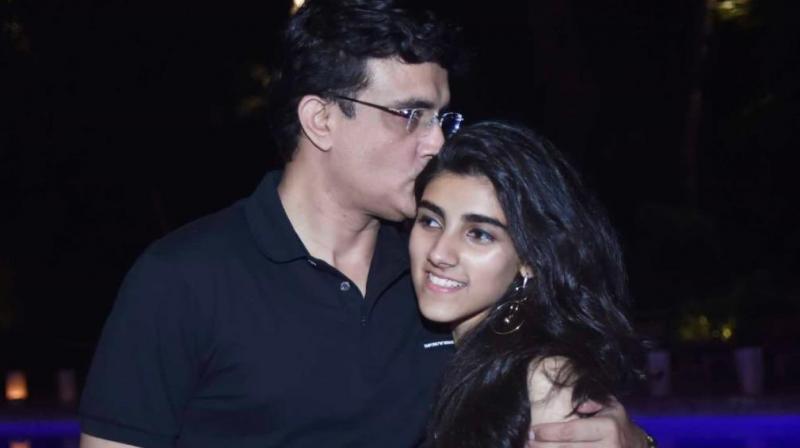 New Delhi: The Board of Control for Cricket in India (BCCI) President Sourav Gangly on Monday wished his daughter, Sana, on her 18th birthday.

The newly-elected president of the cricket governing body on Sunday also thanked both India and Bangladesh team to play a T20I match under tough conditions in the national capital due to pollution.

"Thank u to both the teams to play this game @ImRo45 @BCBtigers under tuff conditions .. well done bangladesh," Ganguly had tweeted.

Thank u to both the teams to play this game @ImRo45 @BCBtigers under tuff conditions .. well done bangladesh ..

India had suffered a massive seven-wicket defeat at the hands of Bangladesh after the visitors easily chased down the 149-run target.

Also, this was Bangladesh's first victory over India in the shortest format of the game.

The second T20I between both teams will be played on November 7.