Apart from the ones listed above a crucial factor is the paying spectators who follow the game, particularly Test cricket. 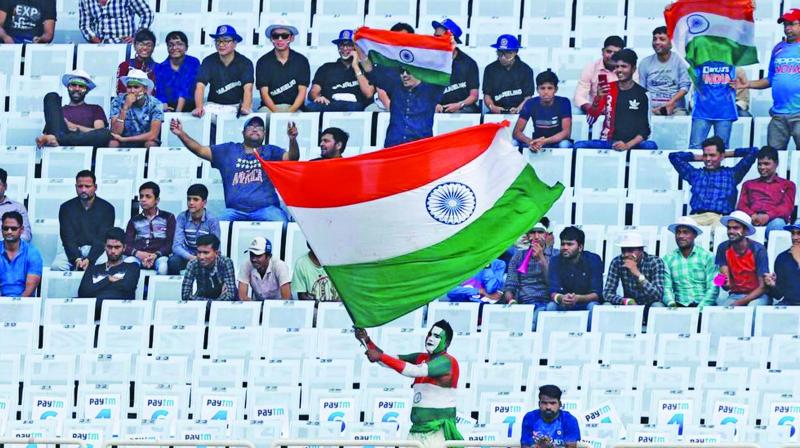 The lyrics of the ‘Pink song’ by The Scaffold’s which hit the top of the UK Singles Chart in end 1968 are likely to repeat its purpose again. On November 22, India will finally play a day-night Test match at the iconic Eden Gardens in Kolkata with a Pink ball.

To relate the lyrics of the famous song with cricket, one needs to replace the words ‘Lily’ with the ‘Board of Control for Cricket in India’ (BCCI), the ‘human race’ with ‘Test cricket’ and the ‘medicinal compound’ with the ‘pink ball’. The reasoning becomes clearer. BCCI finally decided to host its first Pinky (if one can call it that) Test after refusing to play the format under lights ever since this version was tried and tested from 2015.

The new BCCI President, Sourav Ganguly got India skipper Virat Kohli (in two seconds as media reports suggest) and the Bangladesh Cricket Board (BCB) to agree and proudly announced the Test which will be India’s and Bangladesh’s first ever, playing with the pink ball. In a media interview, Ganguly said that the decision was prompted by lesser footfalls in the stadiums for Test matches played in India over the past few years.

It is a risk he and the new team at BCCI have taken in the direction of reviving Test cricket which has been buried under the weight of popular shorter formats like Twenty20 (T20) and One Day Internationals (ODI). The Kolkata crowd have been known to be ardent followers of all sports with football and cricket topping the list and their response to this match will decide whether future Test matches in the City of Joy will be played under lights with a pink ball.

While there is excitement all around as far as cricket crazy fans are concerned, there certainly will be trepidation as far as the participating cricketers are concerned. Barring a few, most players have not played the longer format with the pink ball. That apart, there are other factors like the longevity and behaviour of the pink ball (as compared to the red one) and the dew factor that must be on the minds of the players.

Apart from the ones listed above a crucial factor is the paying spectators who follow the game, particularly Test cricket. World over, there are two distinct type of spectators who come to watch cricket live. The first being the die-hard fan of what my generation calls

‘true cricket’ where the approach and grammar of the game continues to be what it was ever since the invention of, what we refer to, the noble game.

Then there is the other kind which thrives on boundaries and sixers, entertainment and cheerleaders with pom poms. The first would consider a tight, five day Test match to be riveting and adrenalin pumping while the other would be happier as more boundaries and sixes are peppered across the stadium. While the second type shun Test cricket and thong stadiums to watch T20s and ODIs what stops the first breed (and there are many) from coming to Test venues in India?

The answer is simple. The facilities, right from the time one approaches the stadium, are pathetic. While attending a Test match I saw ‘live’ in Pune, few weeks ago, there were many reasons for a cricket romantic like me not to watch a Test match in a stadium again.

To reach the venue, one had to trek a few kilometres in topsy-turvy terrain and go through security which would make airport officials blush. The seating area where a spectator had to sit in humid conditions under the baking sun, with no roof over his head was disheartening to see.

If BCCI has to increase attendance at stadiums to resuscitate Test cricket, they will primarily need to ensure top class facilities for the die-hards to attend five days of real cricket. They could take lessons from the film fraternity which still does roaring business by giving the audience top class facilities in terms of state-of-the art multiplexes and survive the onslaught of Television and OTT platforms.

One does hope ‘Pinky’ will work and all will be well with the world of Test cricket. For the BCCI it does look like a ‘nothing ventured, nothing gained’ scenario. Having said that, one does hope they start factoring spectator comfort, as a priority.