Rahim had to endure the heartbreak during Bangladesh's one-run defeat against India in a 2016 World T20 encounter in Bengaluru. 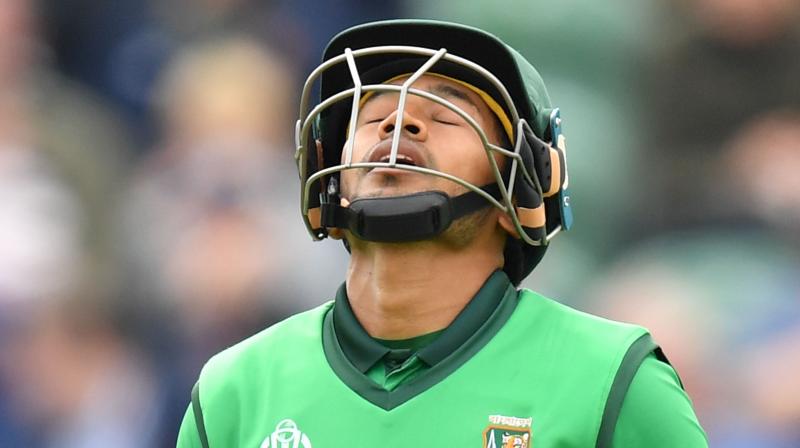 Mushfiqur Rahim said the 'last two weeks were the most difficult' in his 15-year career, referring to players' protest followed by Shakib Al Hasan's two-year suspension by the ICC for breaching anti-corruption code. (Photo: AFP)

New Delhi: No one knows the pain of losing close T20 games as much as Mushfiqur Rahim does and the former Bangladesh captain was determined to win games of cricket in order to forget what he termed as "difficult last two weeks".

Rahim had to endure the heartbreak during Bangladesh's one-run defeat against India in a 2016 World T20 encounter in Bengaluru, anchored his team's tricky 149-run chase during the first game with an unbeaten 60.

"We have had a lot of close games against India. So we promised ourselves that the next time we go into such a phase of the game, we don't want to lose," Rahim said after Bangladesh's first-ever T20 win over India.

Rahim said the "last two weeks were the most difficult" in his 15-year career, referring to players' protest followed by Shakib Al Hasan's two-year suspension by the ICC for breaching anti-corruption code.

"Before I left Bangladesh, I had said that everything can come on the right track if we win some matches. That's what we have done and we will try to continue this form."

"We have learned a lot from those last two games against India that went into the last over, so we discussed how we can overcome those moments. I was telling Riyad bhai (Mahmudullah) that let's win in singles and doubles rather than going for big hits."

"I think we have nothing to lose coming into this game and also in this whole series. so that gave the freedom to play to our potential and fearless cricket."

Rahim termed it as a great moment for Bangladesh cricket.

"It is a great moment for Bangladesh. We didn't win before against them in T20 form before. We are missing a couple of our key players but they way young players stuck together and the way bowlers bowled on this track especially against India, it's outstanding."

"I am trying my level best to improve as a cricketer. I am trying to learn each and every day, and want to do more for Bangladesh," Rahim added.