A new innings for Manish Pandey

Manish Pandey was lauded for his commitment to cricket after playing a winning final in Surat just a day before his wedding in Mumbai. 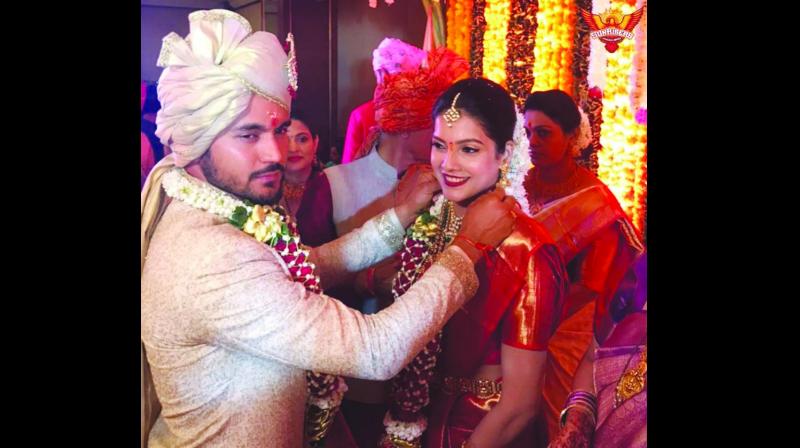 The 30-year-old Manish Pandey, is however, not the only international player who has had to cut short his honeymoon.

In the post-match presentation, BCCI commentator Amol Mazumdar lauded Pandey’s effort and asked about the upcoming limited-over series against West Indies, prompting the cricketer to reply, “Before that, there’s a big series to come. Getting married tomorrow.”

Soon after, the BCCI tweeted, “Vijay Hazare Trophy and Syed Mushtaq Ali Trophy won. But @im_manishpandey still has a lot to look forward to.”

While fans congratulated the batsman, he was also praised by many on Twitter for his dedication to play a final on one night and get married the next day in a different city.

“#ManishPandey Most talented captain and player. What a commitment! Today his marriage, yesterday he played for his team. Most talented player (sic),” tweeted one user while another wrote, “What a commitment. Yesterday final, today marriage and next tour and hope u deserve the best and play well in all the series (sic).”

Interestingly, Pandey has been included in both squads (T20I and ODI) that would play against the visiting West Indies team from Friday onwards, which means that his overseas honeymoon plans have been put on hold for now.

“Now that the marriage ceremonies are over, he should concentrate only on cementing his place in the side,” says Pandey’s childhood coach, Irfan Shaikh.

“He has been in and out of the team. He has performed well in all domestic matches and should now concentrate on the game to make a permanent place in the team,” says the coach, who could not attend the wedding because of a bereavement in his family.

So, is marriage a distraction for sportspeople? Varadayini Gorhe (Chitale), a Pune-based sports and exercise psychologist who has worked with several sportspersons and coaches, does not seem to think so.

“A very good player is able to compartmentalise his personal and professional life,” she explains, adding, “Psychologically, elite athletes can train themselves to switch on and off. Given it is an important milestone in his life, it will no doubt impact his mindset. But as a professional, he is also expected to give his best to the match.”

Gorhe further adds, “Psychologists train players to switch off their focus on personal life when they are playing a match…and this is very much possible…Players like Dravid and Tendulkar always said that once they entered the stadium, their focus would only be on the pitch, and that whatever was happening in their personal life remained outside the stadium.”

Citing another example, she says, “Andy Murray has mentioned that he trained with a sports psychologist to keep personal things outside professional life, outside the court. Similarly, cricketers also learn how to block personal thoughts from interfering in their match performance.”

The 30-year-old Manish Pandey, is however, not the only international player who has had to cut short his honeymoon. Sri Lankan all-rounder Akila Dananjaya rushed to join the squad on the day of his marriage while South Africa’s Andre Nel got married after close of play on Day 2 of the 4th Test v West Indies at Centurion in 2004.