While Guardiola’s champions were held to a frustrating 2-2 draw at Newcastle United, Leicester secured a last-gasp 2-1 win over Everton. 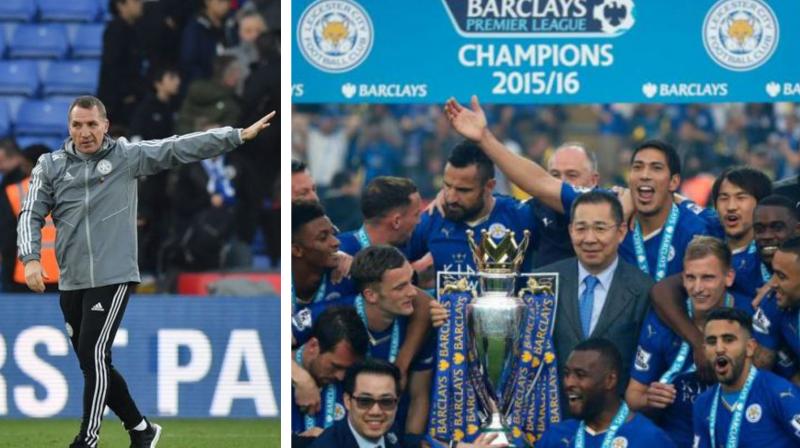 Brendan Rodgers has turned Leicester City into serious title contenders, according to Pep Guardiola whose Manchester City side slipped three points behind them at the weekend. (Photo:AFP)

Brendan Rodgers has turned Leicester City into serious title contenders, according to Pep Guardiola whose Manchester City side slipped three points behind them at the weekend.

While Guardiola’s champions were held to a frustrating 2-2 draw at Newcastle United, leaving them 11 points behind leaders Liverpool, Leicester secured a last-gasp 2-1 win over Everton the following day to cut the gap to eight.

Leicester, who won the title in the 2015-16 season against odds of 5,000-1, have won six matches in a row in the league. Since Rodgers replaced Claude Puel in February, no other team outside of Liverpool and City have amassed as many points.

“I think it’s typical for this league and the history that it involves many teams,” Guardiola, who takes his side to Burnley on Tuesday knowing they need to put a long winning run together, told a news conference.

“Leicester are doing incredibly well. Last season when Brendan Rodgers took over they changed he way they play.

“We knew that when we played against them and they continue doing really well.”

City’s hopes of a third successive Premier League title are in danger of disappearing after this month’s 3-1 loss at Liverpool and Saturday’s dropped points at Newcastle.

The usual zip has been missing from City’s forward play and they have gone four Premier League games without keeping a clean sheet with Guardiola deploying midfielder Fernandinho as centre back alongside John Stones.

Asked about his defensive pairing on Monday, the Spaniard said: “Right now it’s because I like Dino in that position. That’s why he plays. Have you seen the games?

“Two shots on target (against Newcastle) and we conceded. We will improve.”

City enjoyed 77 per cent of possession against Newcastle and had 24 goal attempts but were not clinical — a theme that has developed this season, allowing Liverpool to pull clear.

They will again be without striker Sergio Aguero who will also miss next weekend’s derby against Manchester United because of a thigh injury.

“He won’t be ready for the derby,” said Guardiola. “After that we will see.”