I am ready to bat anywhere: Rohit Sharma

BCCI selection committee chief M.S.K. Prasad was at the venue to watch Rohit bat against Andhra. 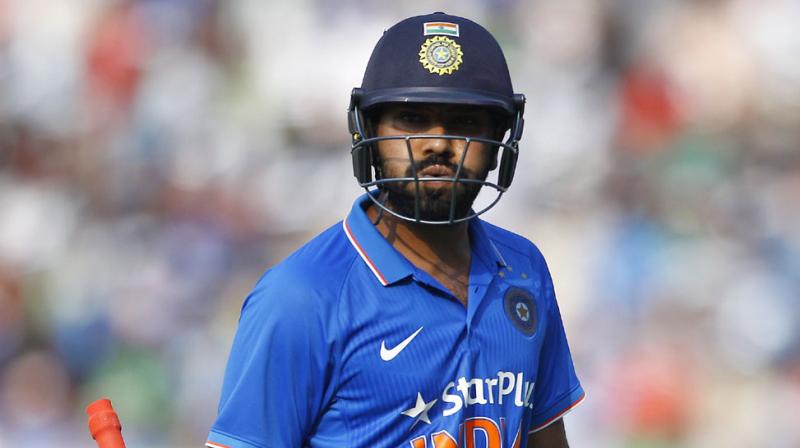 Chennai: Team India’s capitulation in the hands of Australian spinners has raised some serious questions about the batsmen’s susceptibility to the turning ball. Is the recent trend an indication that Indians are no longer the best against spinners? “I don’t agree,” said Rohit Sharma, who made a comeback to competitive cricket after a four-month injury lay-off here at the Vijay Hazare tournament on Saturday.

“In the last two series that India played against England and New Zealand, our batsmen did exceptionally well on turning tracks. On an average the team were scoring 400+ runs. Our top order is among the best in the world,” said the Mumbai batsman.

Rohit was confident that India would bounce back strongly and show what they are capable of in the coming days. “The oppositions are here to compete. So, they will put their best foot forward in India. For us, it’s all about adapting and moving forward. Every innings you play will be a challenge,” he added.

BCCI selection committee chief MSK Prasad was at the venue to watch Rohit bat against Andhra. Rohit is currently eyeing a return to the India squad for the third and fourth Test against Australia and he is up against Ajinkya Rahane and Karun Nair for a middle-order berth. A successful opener in limited-overs format, Rohit has never opened the innings for India in Tests.

Rohit said it wasn’t fair to talk about his desired batting position. “Wherever the team wants me to play, I have to adapt to it. I have to be ready to bat anywhere. It’s not that I’m going to say no to opening. When the opening position came to me in ODIs, the team thought my game would suit well, especially in places like England where the ball does a lot initially,” he said.

Rohit said he has been trying to pick Sachin Tendulkar’s brain on consistency. “Being consistent for over 20 years is never easy. He spends a lot of time with us during IPL. During his playing days, I was in awe of his preparations. The routines were more of an obsession for him,” he said.