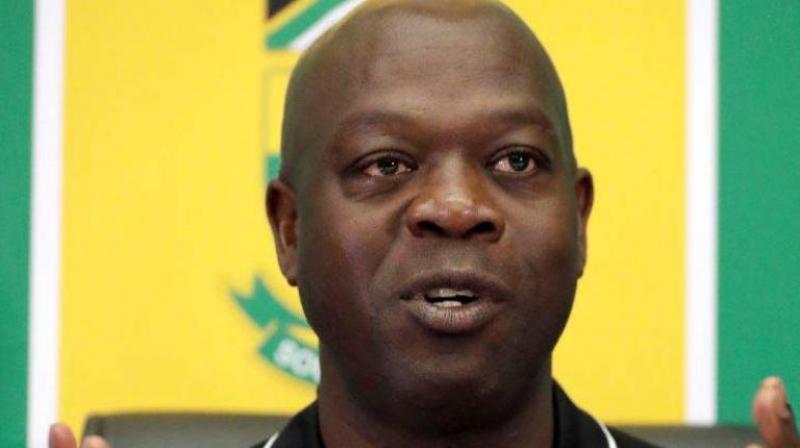 The bowling lineup picks itself with Imran Tahir providing his controlled leg-spin, and a seam attack of Kagiso Rabada, Lungi Ngidi, and one of veteran Dale Steyn or newcomer Anrich Nortje. (Photo: AP)

Cape Town: South Africa coach Ottis Gibson knows the players he wants to travel to England for the Cricket World Cup, but injuries and loss of form have complicated his 15-man selection.

South Africa, who are due to name their squad on April 18, have not lost a 50-over series in the last 12 months, winning home and away against Sri Lanka, in Australia, and at home to Pakistan and Zimbabwe.

Captain Faf du Plessis has previously described what they see as their blueprint for success — six specialist batsmen, an all-rounder at number seven, three fast bowlers and a spinner.

The bowling lineup picks itself with Imran Tahir providing his controlled leg-spin, and a seam attack of Kagiso Rabada, Lungi Ngidi, and one of veteran Dale Steyn or newcomer Anrich Nortje.

Ngidi (side strain) and Nortje (shoulder) are currently out with injuries though, missing the Indian Premier League, and both have a history of breaking down in the recent past.

“I’ve had 15 (players in mind) for a while now, but we’ve got to sit with fingers crossed,” Gibson recently told reporters.

“We’ve asked the guys who have gone off (to the IPL) to make sure that they still remember what the biggest picture is with regards to the Proteas setup.

“We have a camp on May 12, and we want to make sure that there are no niggling injuries. We don’t want to be taking injuries into a World Cup, so hopefully that will take care of itself.”

Opening batsman Hashim Amla has been a stalwart at the top of the order for the last decade, but his form in all formats has been called into question in the past year.

In ODI cricket he has managed a single century in his previous 16 innings, dating back to the start of 2018, at an average of 35.26.

Counting in his favour though is an impressive average of 63.44 in England.

Those who have been given a run of games to contest his opening spot, Reeza Hendricks and Aiden Markram, have not grasped their opportunities despite hugely impressive domestic form.

There are also questions over the number three position, with the same duo also in contention for that along with the inexperienced, but in-form, Rassie van der Dussen.

Dussen made his debut less than three months ago but could be asked to play a pivotal role in one of the key batting positions in the lineup.

JP Duminy, who provides a second spin option as well as being a frontline batsman, is undergoing strength training on a troublesome shoulder.

South Africa open their World Cup against England at The Oval on May 30.