Rohit reminded me of Inzamam in his early days: Yuvraj Singh

'He looked like somebody who had a lot of time, like Inzamam-ul-Haq he had lot of time to play the bowlers' 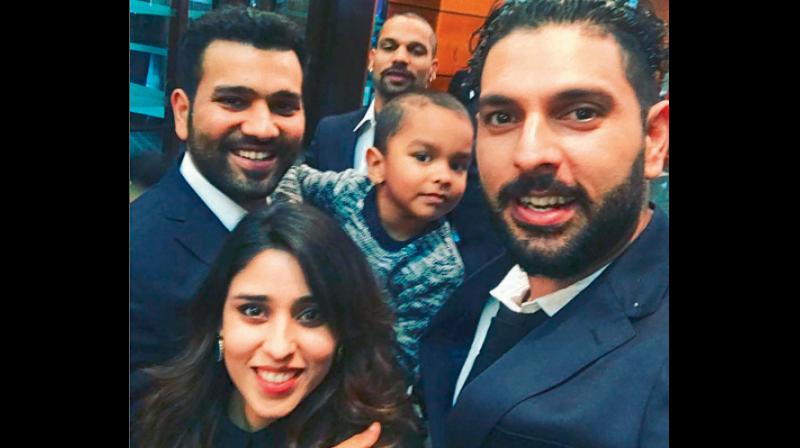 The flamboyant India vice-captain made his ODI debut in June 2007 while his maiden T20 game came during the World Cup later that year against England, where unfortunately Rohit didn't get a chance to bat.

Asked about his first impression of Rohit, Yuvraj said the swashbuckling batsman seemed like somebody who had a lot of time to play his strokes.

"I think when he came into the Indian team, he looked like somebody who had a lot of time," Yuvraj Singh said during a YouTube chat show.

"He reminded me of Inzamam-ul-Haq, because, when he batted, Inzi had a lot of time (to play the bowlers),"

Inzamam, a veteran of 120 Tests and over 300 One-day Internationals, is known to remain calm under pressure situations. He captained Pakistan from 2003-07.