Nuwan Pradeep and team praised on Twitter after stellar match

Sri Lanka emerged victorious over Afghanistan in perhaps the most dramatic clash of the tournament so far. 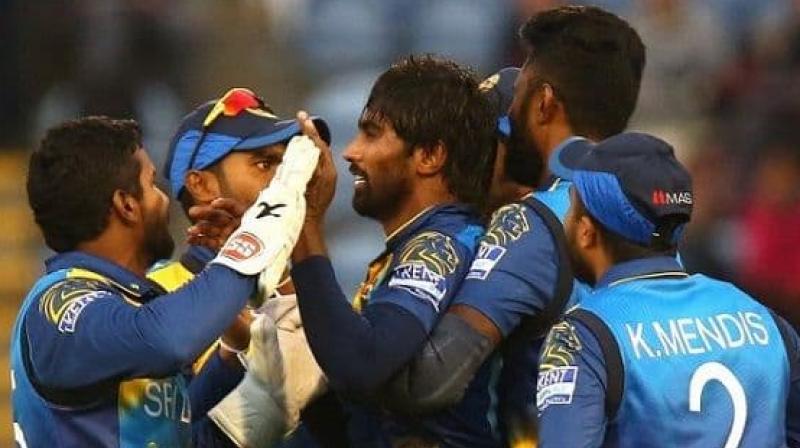 Nuwan Pradeep took down a total of four wickets and Sri Lanka won the match by 34 runs. (Photo: AFP)

Mumbai: In the battle of the underdogs, Sri Lanka emerged victorious over Afghanistan in perhaps the most dramatic clash of the tournament so far. The two teams, having both lost their first matches, were desperate for a win.

After Gulbadin Naib won the toss and elected to field first, Sri Lanka ran to an opening partnership of 92 runs right off the line as left-handed openers Kusal Perera and Dimuth Karunaratne had the innings under control, with Perera scoring78 off just 81 balls.

However, Sri Lanka was shot out of the sky when they lost seven wickets in quick succession while gaining just 36 runs, going from 144/1 to 180/8. Adding to the tension, the rain came down pouring and the match was put to a halt.

Sri Lanka did manage to cross 200 after the game restarted but for the second innings, Afghanistan was asked to chase a target of 187 in 41 overs. Afghanistan started off good but was soon falling apart coming to 57/5.

Despite Gulbadin Naib and Najibullah Zadran making a good partnership, Nuwan Pradeep took down a total of four wickets and Sri Lanka won the match by 34 runs.

Twitter burst with reactions after the Sri Lankan’s performance. Have a look here-

Well done boys!!! room for improvment but showed under presure that we do have quality. Bowling unit was excellent and Nuwan pradeep was outstanding today..👊 points on the board 👍

Most ducks for Sri Lanka in ICC ODI WCs: