ICC CWC’19: Another World Cup record of Sachin Tendulkar is in danger

The 32-year-old Bangladeshi player is on the brink of breaking one of out of many World Cup records of Sachin. 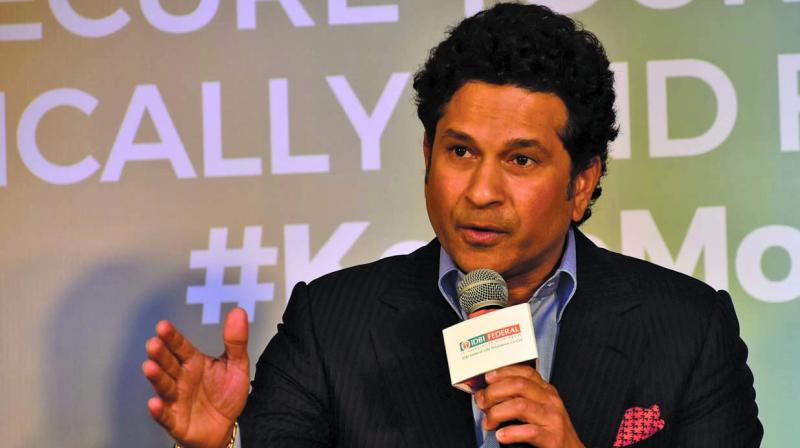 Mumbai: Bangladesh’s star player Shakib Al Hasan is on the verge of breaking Sachin’s World Cup record, when he plays his last league game versus Pakistan on July 5, 2019 at the Lords. With Bangladesh already out of the World cup after losing to semi-finalists India by 28-runs, Pakistan will be looking give their best to dethrone New Zealand from the fourth semi-final spot.

However, for Pakistan it would require a herculean effort to make the semis as they must beat Bangladesh by 311 runs after posting a first innings score of 350 or by scoring 400 and bundling out Bangladesh within 316 runs, in order to reach the semis. Therefore, both Pakistan and Bangladesh will play for their pride.

However, for Bangladeshi all-rounder Sahakib Al Hasan, the match against Bangladesh will serve as an opportunity to create some personal records. The 32-year-old Bangladeshi player is on the brink of breaking one of out of many World Cup records of Sachin.

On the other hand, Shakib who looks to end his World Cup campaign on a high-note, might end up being the most 50 plus scores by any cricketer. Currently, Shakib Al Hasan has amassed 542 runs, featuring two 100s and four 50s.

However, if the former Bangladeshi captain manages to score over 50, he will be the second only cricketer after Tendulkar to seven 50 plus scores in a single edition of World Cup. Overall, the 32-year-old all-rounder has amassed 11 fifty-plus knocks. And, another such knock will place him along with second placed Kumar Sangakkara who holds 12 fifty-plus scores in World Cup games.