England coach Trevor Bayliss is all set to leave his position vacant at the end of the summer and they are on the lookout for a replacement. 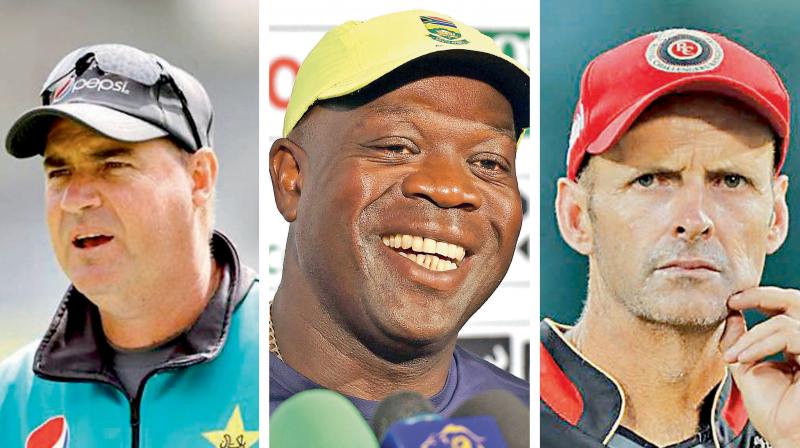 The England board are on the lookout for successors to preside over all three formats of cricket.

Mumbai: England coach Trevor Bayliss is all set to leave his position vacant at the end of the summer and they are reportedly on the lookout for a replacement. Mickey Arthur, the Pakistan cricket team coach, is one of the names being considered.

Mickey Arthur is known to be interested in the job and has previously had success while being in charge of South Africa when they won a test series in 2008 in the UK and again when leading Pakistan to the Champions Trophy in 2017.

Meanwhile, Ottis Gibson, who has been in charge of South Africa since 2017, has previously had two spells as England bowling coach. With his current contract due to expire, he said that he was happy to be linked with any job.

Gary Kirsten has previously won the World Cup with India in 2011 and is now in charge of IPL side Royal Challengers Bangalore.

In addition, current England assistants Chris Silverwood, Paul Collingwood and Graham Thorpe are also considered a shoo-in for the job.

Australian coach Andrew McDonald has also been linked to the job but he said that he is much more interested in franchise games as he gets to work with the best players in the world and also gets to spend less time away from home.

The England board are on the lookout for successors to preside over all three formats of cricket. This ultimately narrows down the options, as most coaches prefer shorter stints to a longer, intensive role.

With the New Zealand tour set to be in November, it is possible that England may have an interim coach. But this possibility is quite low if they promote someone from the assistant coaches.