The incident took place during the West Indies' innings when Saini took the wicket of Pooran. 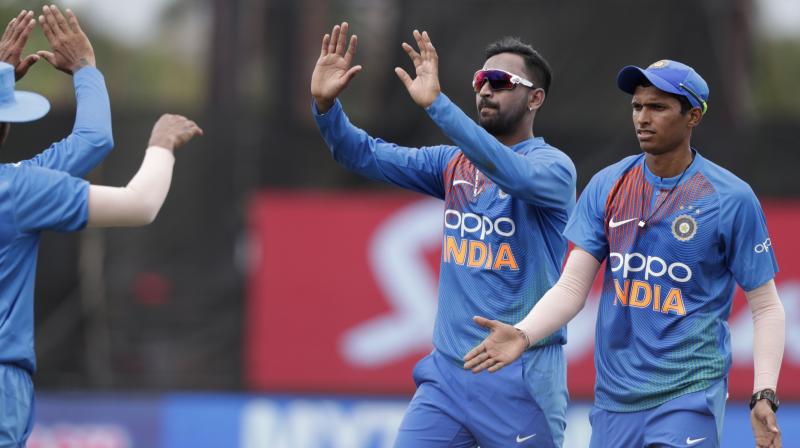 The incident took place during the West Indies' innings when Saini took the wicket of Pooran.

"Saini was found to have breached Article 2.5 of the ICC Code of Conduct for Players and Player Support Personnel, which relates to using actions or gestures which could provoke an aggressive reaction from a batter upon their dismissal," said the ICC in a statement.

"He has also been handed one demerit point," the statement added.

He admitted the offence and accepted the sanction proposed by match referee Jeff Crowe of the Emirates Elite Panel of ICC Match Referees.

Hence, there was no need for a formal hearing.

India won the first T20 against West Indies by four wickets with Saini putting on an impressive bowing display, chipping in with three wickets for 17 runs here on Saturday.