Rishabh Pant trolled on Twitter after woeful performance against Windies

Fans on Twitter, as ruthless as ever, started asking him not to dream of replacing MS Dhoni and started naming his replacements. 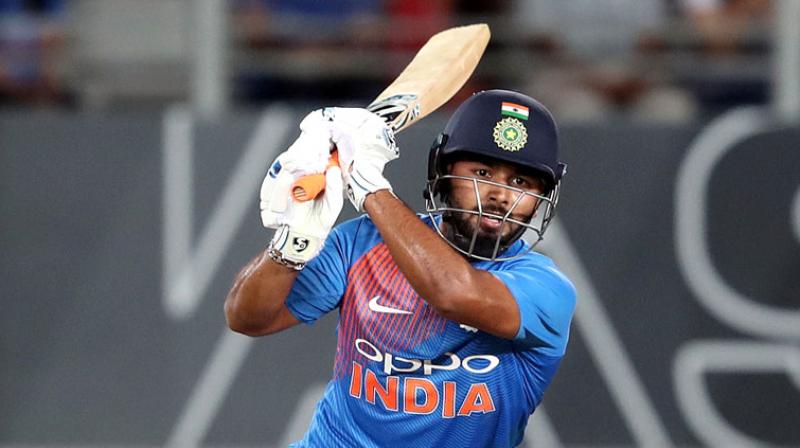 Young Indian wicketkeeper Rishabh Pant was at the mercy of the trolls on Twitter once again. (Photo: AFP)

Mumbai: Young Indian wicketkeeper Rishabh Pant was at the mercy of the trolls on Twitter once again. This time it was his dreadful performance against West Indies in the first two T20 matches.

A first match golden duck was followed up with four runs off five balls in the second match. Wanting to steer the short ball off Thomas to third man, Pant managed to hit the ball. But it clipped off the bat and straight to Kieron Pollard at third man. Pollard made no mistake in taking the dolly.

Fans on Twitter, as ruthless as ever, started asking him not to dream of replacing MS Dhoni and started naming his replacements.

Here are some of the tweets that were directed at Pant :

Rishabh Pant is doing his best to keep MSD in the mix for Indian team selection.

Another match another flop.... Rishabh pant you could never take Dhoni's place #msdhoni

Another irresponsible shot from Rishabh pant. He is wasting his opportunities he is getting in international cricket. Afraid that this might not continue this way long for him. He needs to put a price on his wicket rather than throwing it every time.

Rishabh Pant is making sure Dhoni eases his way into Indian side after his break. Always seems to be trying too hard in shorter formats for India. Wouldn’t mind giving a chance to Ishan Kishen or Sanju Samson a go, in upcoming series. #INDvsWI