Before the start of the match, Kohli had insisted that the team wanted Pant to prove his credentials and become a consistent performer. 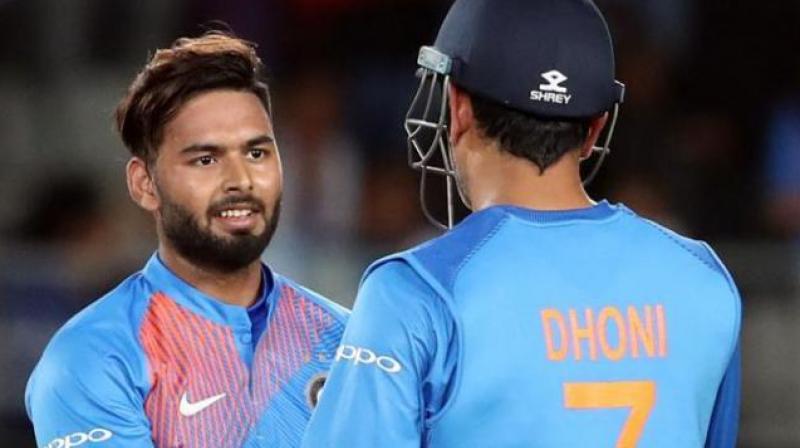 Mumbai: With MS Dhoni's absence from Team India's squad for the ongoing series against West Indies, Rishabh Pant is set to step in the shoes of the former skipper.

Accurate on-field decisions including DRS calls are also considered as one of the strengths of Dhoni, along with his batting and wicket-keeping.

In the first T20 International against West Indies, Pant's DRS call was reminiscent of MS Dhoni's on-field actions. In the final over of Windies’ innings, Kieron Pollard was trapped on a full toss delivery from Navdeep Saini. The appeal from India was rather weak, believing that Pollard had got a nick before getting trapped.

However, it was Pant who came to the rescue, prompting skipper Virat Kohli to make a DRS call. Surprisingly, there was no touch of the bat on the ball and the ball was hitting the middle and leg stump. The umpire had to change his decision and Pollard had to walk back for 49.

Twitterati drew comparisons between Dhoni and Pant after this incident.

Change the name from DRS to PRS

Before the start of the match, Kohli had insisted that the team wanted Pant to prove his credentials and become a consistent performer for the team.

Speaking at a press conference, the Indian captain said: “It’s a great opportunity for someone like Rishabh Pant to really play a lot of international cricket, show his credentials, really unleash his potential at this stage.”

“We know how much ability he has and we all want him to become a consistent performer for the Indian cricket team. MS’s experience is always going to be a very, very crucial factor but having said that some of these younger guys have a great opportunity ahead of them and they should just look forward to it,” Kohli had added.