Sports   Cricket  05 Sep 2018  So few caused so many such disappointment
Sports, Cricket

So few caused so many such disappointment

Nine wickets for the off spinner were a rich haul for a bowler who was picked for the Test merely because he was showing good form in county matches. 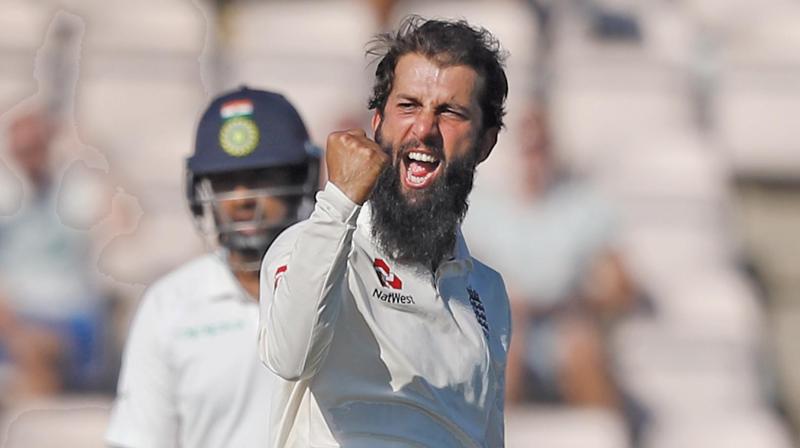 Never in the history of Indian cricket could the results have been so depressing as they were from the England series. The Pataudi Trophy will soon change hands after India’s not so impossible dream crashed at the Ageas Bowl. To have the opponent by the throat and still not go for the jugular is an old and familiar tale of Indian cricket. The form book had, however, led us into believing this lethal pace attack would make all the difference and that Team India would fight to the last man into the decider.

Shades of 1936 were imagined ahead of the fourth Test but the possibilities were not imaginary. The 1986 Test series was won on the strength of fast bowling with Chetan Sharma quicker than the others while Kapil Dev, Madan Lal and Roger Binny proved a handful with the Dukes in hand and ticking brains. The three quicks plus Hardik Pandya here were as good a combination and they had England on the run. The only difference is they did not finish the job quickly enough on the opening day.

There were no disappointments to be had from the batting save for the fact that too many looked like novices against Moeen Ali even in the first innings when there was no worn patch beyond the right hander’s off stump to bowl into. It was known this Team India is made up of too many from the slam-bang school of short duration cricket while only three were qualified to be called Test batsmen, including the captain who is in a zone now and more than made amends for the 2015 horror run with a phenomenal purple patch of more than 500 runs and counting.

Nine wickets for the off spinner were a rich haul for a bowler who was picked for the Test merely because he was showing good form in county matches. A finger spinner will invariably find turn when the ball is gripping as it was on this very dry Southampton pitch. Their accuracy and greater speed through the air are factors that make them lethal in such conditions as existed in the fourth innings. But the way they let him destroy the first innings with a five-fer was mysterious.  A handy lead was eminently gettable despite all the great work by the two seasoned campaigners Anderson and Broad.

To Moeen’s credit he got both Kohli and his deputy Rahane to throttle the chase although the third umpire’s curious decision favouring Kohli in a leg before verdict was the key to the revival. This was unlikely to be a great match for the on-field umpires. It was funny the third umpire had a bad day too although we must thank him for rekindling Indian hopes in a century stand that threatened to enable a successful chase of a not impossible target. The collapse after the Test batsmen were separated was predictable, but only after a cameo from Pant had briefly promised to bring about a sporting miracle.

The anger at the collapse to the finish must have made the nation fume. The circumstances were such. Here were cricket’s multimillionaires who are never in want of anything surrendering without much of a fight on the very days on which we were hearing such stirring tales of courage in athletes who had fought all the odds to win medals for India in Jakarta. A farmer’s son, a disabled rickshaw puller’s heptathlete daughter with 12 toes who can’t afford to buy shoes for her multi-discipline quests and a girl who had to fight a legal battle to earn the right to compete with women and so impoverished that she had just `500 in her bank account were winning laurels. At the same time, our profligate Richie Riches were tossing their wickets away in the cricket arena.

It is an old Tamil axiom that when you have a stone in hand you don’t see a dog and when you spot a dog you don’t have a stone handy. It is much the same with Team India. When you have the fast bowlers capable of hustling the opposition, you don’t have the batsmen to make the runs but when you had the batsmen, you didn’t have the fast bowlers. The days in which we believed the gods were lovers of Indian cricket seem to be over. We are left with the demigods who are demolished the moment they leave the dust of Asia and travel into a wider world.