Can India do it down under? 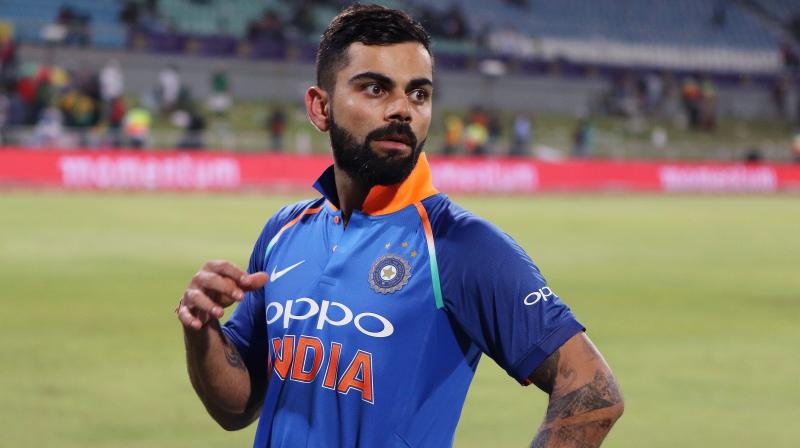 In his Jagmohan Dalmiya Memorial Lecture, Graeme Smith, former South Africa captain, said that if India have learnt their lessons well this year, they could put Australia under very serious pressure.

Jeff Thomson, dreaded former Australian fast bowler never known to pull his punches was even more emphatic. He expects India to “steamroll’’ over his country in the four-Test rubber that starts in December.

This should be music to Indian cricket fans, and also lift the spirit of Kohli & Co. In 60 years of bilateral contests versus Australia, India have never won Test a series Down Under. This is one frontier that still remains unconquered.

What prompts Smith and Thomson to believe India can break through this time?

There are two major factors, in my opinion. One, the absence of Steve Smith and David Warner who are still serving out their one-year ban for ball tampering earlier this year against South Africa, and second India’s quality pace attack.

Smith and Warner have been Australia best batsmen and most prolific run getters in the past 5-6 years and their not playing is a big blow, as is evident from how the team has suffered in the past 8-9 months.

In their absence, Australia’s batting has looked shallow and highly vulnerable. A string of players — old and new — have been tried out, but the results have been far from gratifying. As Australian cricket underwent a soul-searching review of its structure and culture in the past month, calls were made from some quarters that the ban on Smith and Warner, considering the team’s recent travails, should be reduced to allow them to play against India.

This was resisted by Cricket Australia, and rightly so. The decision to ban these two was based not just on the laws of the game, though that became the actionable point. Smith and Warner for moral debasement of Australia’s culture and pride.

This lofty position would have been destroyed by pardoning the two batsmen apart, of course, from sending out a signal to other Australian players that cheating would not entail harsh punishment after all.

However, Smith and Warner’s absence does not mitigate the importance of the second factor – India’s pace attack — why Kohli’s team would be starting as favourites in the series. Hypothetically, even if these two stalwarts were playing, India would start on even terms, if not favourites.

Historically, Indian teams have struggled overseas because of lack of wherewithal in the pace bowling department. India’s hopes were pinned on spinners, for whom conditions would usually be difficult. That has changed remarkably in the past 6-7 years.

In Jasprit Bumrah, Ishant Sharma, Bhuvaneshwar Kumar, Umesh Yadav and Mhammed Shami, India now have arguably the best pace attack in the world: Or at least the firepower to quell the best batting line-ups in all conditions.

In the three Tests against South Africa at the start of the year, India’s bowlers claimed all 60 wickets, the bulk of them to pace bowlers. In the 5 Tests against England, the bowling performance was no less impressive, though the home team wasn’t bowled out in all 10 innings.

On Australian pitches, with their pace and bounce, it is reasonable to expect that India’s pace bowlers will be able to replicate the form and success they showed in South Africa and England.

But thereafter arises the all-important rider: unless India’s batting plays to potential and provides enough runs to, howsoever sterling the performance of the bowlers, it will come to naught.

It is instructive that of the eight Tests played overseas by India this year, 6 were lost, three of them from potentially winning positions: not because the bowlers didn’t deliver, but because despite their best efforts the batting flopped badly.

Ironically, what was supposed to be India’s strength has turned out to be the bane. Barring the brilliant Kohli, none of the other batsman has done justice to his high reputation, or the demands of the team.

This was supposed to be the year when Indian cricket would come of age, show off its strength by winning overseas. The series’s against South Africa and England, in the context, were disappointing.

The series against Australia offers scope for redemption. But unless the batting comes good, it will be tough to win, irrespective of Smith and Warner’s absence.