The 37-year-old ex-cricketer has said that the current selectors’ 'thinking in terms of modern-day cricket' is way below the benchmarks. 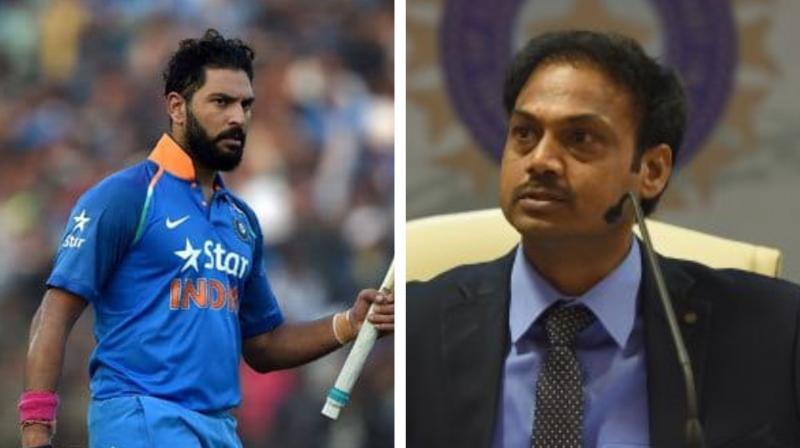 The 37-year-old former cricketer has said that India deserves "better selectors" since the current selectors’ “thinking in terms of modern-day cricket” is way below the benchmarks.

Last week, Farokh Engineer blasted away the present selection panel and stated that the current selection panel is a ‘Mickey Mouse panel’. The former cricketer also went on to say that he had seen one of the selectors serving Tea to Bollywood actor Anushka Sharma during the 2019 World Cup.

However, Yuvraj in his statement had clearly stated that he is not a big fan of the current selectors. “We do need better selectors, for sure. Selectors’ job is not easy.

Whenever they select 15 players, there will be talks that what will happen to the other 15. It’s a difficult job but their thinking in terms of modern-day cricket is not up to the mark. It’s my opinion,” Yuvraj Singh said in an interview with the Gulf News.

“I am always in favour of protecting the players and being positive about them. By talking negative about your players and team doesn’t show you in true light. The character only shows when things are going wrong and you motivate the players. In bad times, everyone talks bad. We definitely need better selectors,” Yuvraj said.

Yuvraj also slammed the selectors for neglecting the issue of number four batting slot for the 2019 World Cup. Nevertheless, the 2011-World Cup winner stated that India needs to start their preparations for the 2020 T20 World Cup immediately.

Yuvi stated, “The preparation for next year’s World T20 should start now. You decide your team four months before the World Cup. You have to decide on your 20 players from which 16 will be picked. You can’t shuffle, pick and drop players at the last moment. World Cup is a serious tournament.”

The former Indian all-rounder also lashed out at the selectors and the team management for mis-handling Rishabh Pant’s case.

Yuvraj lastly said, “Him not playing the Test matches (vs South Africa) was not a great call. Somebody who has scored two international hundreds outside India and scored two nineties against West Indies, I don’t understand (his axing). His keeping could have been a concern but I think you got to groom your guys better.”

Earlier, the 50-overs World Cup and T20 World Cup winner cricketer stated that the selectors didn’t select him, despite having cleared the yo-yo test after he was asked to do so. Instead, the selectors offered him a farewell match, which he rejected. Yuvraj last represented India in 2017 and he retired from international cricket in June this year.