India and West Indies are slated to play three T20Is and as many ODIs. The first T20I will be played on December 6 at Hyderabad. 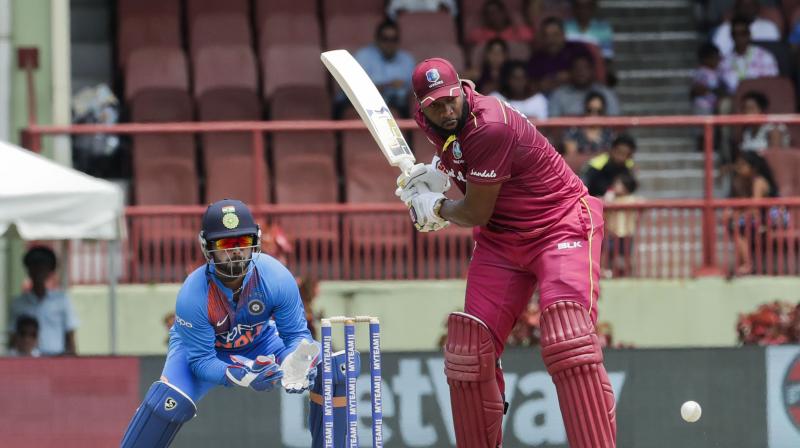 Ahead of the three-match T20I series against India, West Indies skipper Kieron Pollard on Thursday said that the management needs to protect youngsters within the squad from vultures who are out there to bring them down. (Photo: AP)

Hyderabad: Ahead of the three-match T20I series against India, West Indies skipper Kieron Pollard on Thursday said that the management needs to protect youngsters within the squad from vultures who are out there to bring them down.

"We need to back these young guys as we have seen their talent and attitude. Exciting times ahead for the youngsters, we have a lot of young talent, it is just about easing them into the world of international cricket. Sometimes you need to be honest with yourselves and protect them from the vultures who are out there to bring them down," Pollard told reporters on the eve of the first T20I.

West Indies are without its key players Sunil Narine and Andre Russell for the T20I series against India. Skipper Pollard said that the team needs to move on and look to put their best foot forward.

"You do not want to have players trying to fill in the gaps of senior players. For us, Russell, Narine and Bravo are big gaps, but as a team, we have selected 15 players to do a job here," Pollard said.

"We back each and every player, when these senior players become available for selection, we can have a discussion about it. It is what it is, we have moved on from that and we know the reasons why they are not here," he added.

Earlier, this year Pollard took over the T20 captaincy from Carlos Brathwaite.
"Each and every time I step on the cricket field, as a professional you want to have personal pride," Pollard said.

"You have good times and bad times, things are going in a decent manner for me and I hope it continues. I hope to produce good knocks to put my team in a winning position," he added.

Many Windies players feature in the Indian Premier League (IPL) and they are familiar with the sub-continent conditions.

"We have played a lot in India, it is just a matter of using that experience and trying to win matches here. At the end of the day, we are here to play, we have prepared well and hopefully we show a good performance tomorrow," Pollard said.

"Indian pace attack has been doing really well. They are the number one team, it is a good opportunity for us to face the number one ranked side, we cannot take much into that and we need to do our thing. We need to try to find ways to tackle the attack. We are not focussed on individuals," he added.

India and West Indies are slated to play three T20Is and as many ODIs.
The first T20I will be played on December 6 at Hyderabad.