Razzaq feels overall the standard of cricket worldwide has declined. 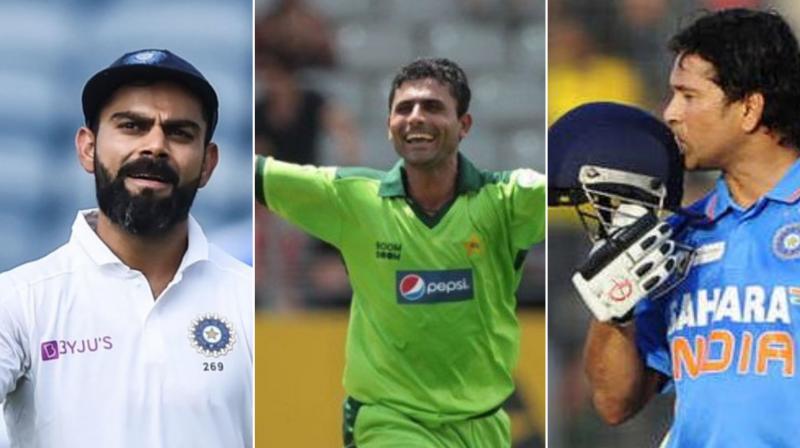 Virat Kohli is a consistent batsman but he doesn't have the same class as the legendary Sachin Tendulkar, believes former Pakistan all-rounder Abdul Razzaq. (Photo:AFP)

Karachi: Virat Kohli is a consistent batsman but he doesn't have the same class as the legendary Sachin Tendulkar, believes former Pakistan all-rounder Abdul Razzaq.

Razzaq feels overall the standard of cricket worldwide has declined.

"We are not seeing the same world class players that we played against say between 1992 to 2007. T20 cricket has changed the game. There is no depth in bowling, batting or fielding. It is all basic now," he told Cricket Pakistan.

"Look at Virat Kohli when he scores he scores. Yeah, he is a good player for them and is performing consistently, but I don't place him in the same class as Sachin Tendulkar, who was a different class altogether."

Razzaq, a veteran of 46 Tests, 265 ODIs and 32 T20Is, also lashed out at the way the Pakistani bowlers were selected for the Australian Test series.

"I know for a fact that the bowlers who went to Australia were picked because they caused problems to the senior batsmen in the nets. Is this any criteria for selection? Picking players on net performances is unacceptable. You never know how he will perform in a real time match."

The young Pakistan bowlers failed to deliver in Australia as they lost both the Tests by an innings.

Razzaq said the results in Australia were not a surprise because of the wrong selection policies in recent times.

"Naseem Shah, Hasnain they are good talent but I believe it is too early to put them in Test matches. They need to be taught and groomed more."