Kayes’ partner Tamim Iqbal was the next to go, bowled by Aniket as he attempted to drive him. The inside edge crashed into his leg stump. 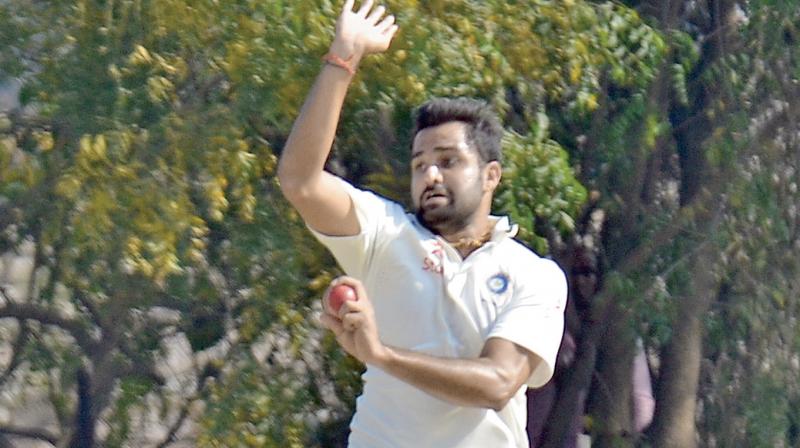 Hyderabad: Captain Mushfiqur Rahim and one-down batsman Soumya Sarker struck half-centuries to save Bangladesh XI from embarrassment on the first day of their two-day match against India A at the Gymkhana ground here on Sunday.

Electing to bat, the visitors made a modest 224/8 before declaring their innings 40 minutes after tea. India A replied with 91/1 in 21 overs. Priyank Panchal and Shreyas Iyer were batting on 40 and 29 respectively when stumps were drawn for the day.

The first session belonged to the southpaws. Soumya Sarkar was the lone batsman to shine in the opening session of play as he struck a fine 52 before being trapped leg-before wicket by Shahbaz Nadeem, the left-arm spinner striking in his very first over. The stylish Sarkar was confidence personified during his 93-minute stay at the wicket during which he slammed nine boundaries and a six in his 73-ball knock.

Local lad C.V. Milind drew first blood when he had opener Imrul Kayes caught at fine leg by Hardik Pandya in the fifth over of the day. The left-arm pacer dug one short which Kayes tried to hook but managed only a top edge which landed in Pandya’s palms at fine leg. Bangladesh score read a mere 22 then.

Milind bowled two spells. The first one read an impressive 6-2-10-1. His second stint with the ball comprised six more overs, during which he conceded 16 runs without luck.

Kayes’ partner Tamim Iqbal was the next to go, bowled by Aniket as he attempted to drive him. The inside edge crashed into his leg stump.

A little later, Mominul Haque, who had a reprieve when he was caught by wicketkeeper Ishan Kishan off a no-ball by Aniket when on 1, could only four more to his score before edging the same bowler to Ishank Jaggi at first slip as the Bangladeshis went to lunch at 92/4.

Mahmudullah and Mushfiqur Rahim repaired the damage to an extent before the former fell, caught by Panchal at short-leg off the bowling of left arm spinner Kuldeep Yadav.

Rahim gradually grew in confidence and sent off-spinner Jayant Yadav out of the ground for the second six of the Bangla innings. Sabbir Rahman too got into his groove and middled the ball well, his powerful hits that fetched five boundaries and a six providing ample evidence. The right-hand bat fell after making 33 in 68 balls in his 80-minute vigil during which he added 71 runs for the sixth wicket with captain Rahim.

The change of ball after tea did the trick for India A as Aniket got rid of Rahim and Mehedi Hasan off successive deliveries. While Rahim departed after making 58 that contained eight fours and a six Hasan was given out leg before for deliberate padding.