Pujara not taking Bangladesh for granted

Cheteshwar Pujara has warned his teammates against underestimating Bangladesh in the one-off Test match at Hyderabad. 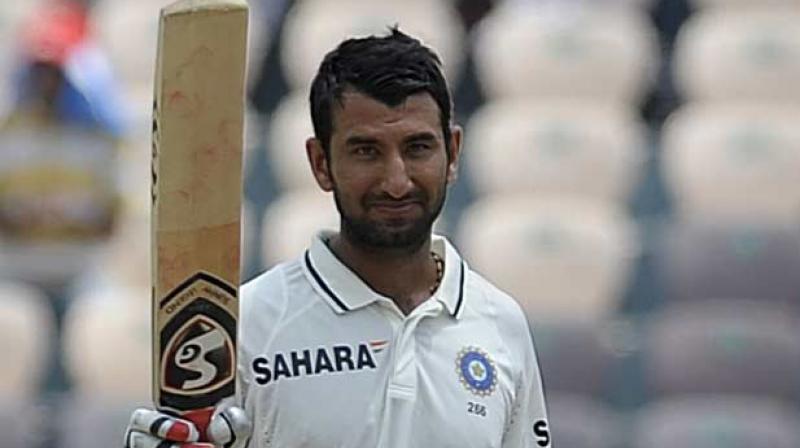 Cheteshwar Pujara has made the number three spot his own in the Indian Test team. (Photo: AFP)

Hyderabad: Indian batsman Cheteshwar Pujara warned his team to not take Bangladesh lightly ahead of the one-off Test.

The match is scheduled to take place from February 9, and Pujara felt the visitors cannot be taken lightly, considering they shocked England in a Test match last year.

"They have been playing well in the sub-continent. So, probably, that is one team that have done well against England,” said Pujara. “We can't take them lightly. But, at the same time, we played very good cricket in 2016. So, probably, we would stick to the same thing. We are number one team in the world at the moment. We would like to maintain that, the way we played our cricket in 2016, we would like to repeat the same thing in 2017."

The Indian team arrived here on a high, having tasted success against England in all the three formats.

"When it comes to strategy, we will have a chat about it later on. But I think if we play good cricket, we can definitely beat them," Pujara said.

Noting that the playing conditions would not be much of an issue as they are almost similar in the sub-continent, Pujara said the team that played good cricket would win.

Replying to a query, he said hectic scheduling is not an issue as the players are young and fit.

"I think it is always good to play cricket. So, whether it is hectic schedule, I always believe that cricketers, all of us are young and we always enjoy playing cricket," Pujara said.

Asked about Bangladesh's Mehadi Hassan, Pujara said the youngster did well against England and that he can't speak more on the player until he faced him.

"I have seen him bowl a little bit against England. Looks like a good bowler but, when I play, I will be able to know much about him. He bowled well against England and that was a different wicket altogether. There was a lot of turn on that particular wicket. Both the Test matches, he bowled well. So, I can't comment much on his bowling just looking at it from television. Once I face him I will be able to comment much," he said