Tamim Iqbal remained unbeaten at 42 while Soumya Sarkar contributed 25 before being dismissed by Kuldeep Yadav. 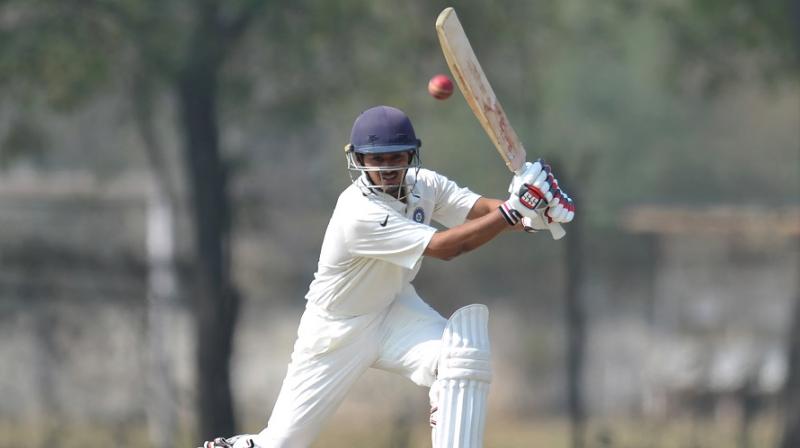 Resuming at an overnight score of 91-1, opener Priyank Panchal (in pic) and Shreyas Iyer struck scorching centuries besides sharing a massive 159-run stand for the opening wicket. (Photo: AFP)

: The two-day warm-up match between A and ended in a draw at the Gymkhana Ground in .

Resuming at an overnight score of 91-1, opener Priyank Panchal (103) and Shreyas Iyer (retired at 100) struck scorching centuries besides sharing a massive 159-run stand for the opening wicket.

Lower-order batsman Vijay Shankar also smashed a brilliant unbeaten knock of 103 runs before A amassed 461 for 8 in their first innings with only 15 overs left in the day.

While Iyer achieved his ton off only 92 balls with 11 fours and four sixes, Shankar scored his knock from 81 balls, hitting 14 fours and three sixes.

For , Subashis Roy and Taijul Islam bagged three wickets each.

In the 15 overs remaining before the end of the play, reached 73/2. Tamim Iqbal remained unbeaten at 42 while Soumya Sarkar contributed 25 before being dismissed by Kuldeep Yadav.

Earlier on won the toss and elected to bowl first. Soumya Sarkar (52) and skipper Mushfiqur Rahim (58) each struck a half-century to help the visitors post a first-innings total of 224 runs.

will now take on in one-off Test match beginning on February 9 at Rajiv Gandhi International Stadium in .