Virat Kohli told me to bowl with freedom: Yuzvendra Chahal

Yuzvendra Chahal believes Virat Kohli's faith in him helped him perform so well in the series against England. 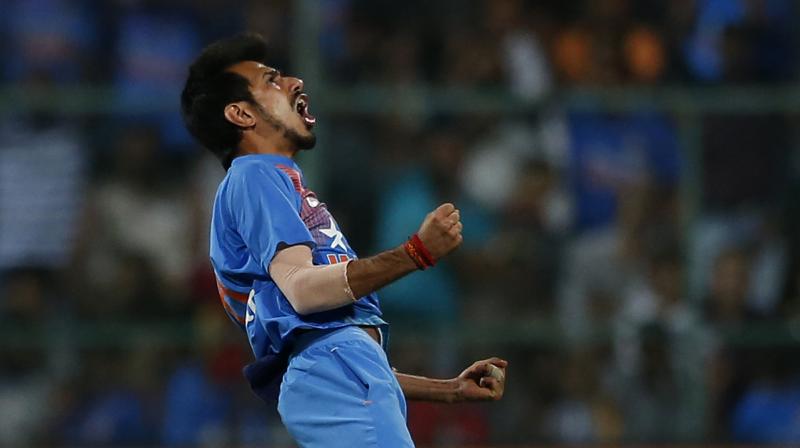 Mumbai: Yuzvendra Chahal’s six-wicket haul against England made him just the second man in T20I history to achieve that feat. It was only his second series with the Indian team and he did not put a single foot wrong.

Chahal’s 6/25 skittled out England in the third T20 to give India a series win and the Haryana spinner was delighted with his performance.

“It is obviously a great feeling for me. Had I taken just 2-3 wickets, I would still have been very happy as long as I could help my team to win the game,” he said in an interview with Circle of Cricket. “It was just my second series with the Indian team and my first Man of the Match and Series. It indeed feels special to me and I feel positive about my cricket. I have worked a lot on my bowling and my game plan.”

Chahal feels he was in his comfort zone at the Chinnaswamy stadium, which is almost like a home ground for him after playing for the Royal Challengers Bangalore in the IPL.

“We all know that the Chinnaswamy is a high scoring ground since the boundaries are smaller and that’s the reason why bowlers have a little bit of worry in their mind,” he said. “But that worry has gone away from my head since I have been playing here since 3 years, it’s more like my home ground now. I had the confidence of doing well here since I have played so much here.”

The 26-year-old also received some words of wisdom from MS Dhoni and Virat Kohli.

“Mahi bhai kept giving me useful tips on my bowling ‘Ye wala ball acha hai, aisi wicket pe is tarah ki ball daal’. On the other hand, Virat bhai gives me a lot of confidence and believes in my abilities.”

Having Amit Mishra as a teammate and Anil Kumble as a coach will be a boost for any spinner and Chahal has acknowledged their help.

“Both of them helped me a lot in the nets. We used to discuss with each other the art of leg spin bowling and how to set up a particular batsman and also about how to bowl on different kind of wickets. We always planned and talked a lot before games.”

One of the many players to have made it to the Indian team after taking part in the IPL, Chahal credits the league immensely for his rise.

“IPL, without a doubt, has been a very important part of my career so far. The performances I had for RCB has helped me get into this Indian team since I have not played much of Ranji Trophy games for my state.”

The leg-spinner knows India possess two of the best spinners in the world in Ravichandran Ashwin and Ravindra Jadeja but he is concentrating on his own game and believes the opportunities will keep coming with the Champions Trophy on the horizon.

“My focus is now on the IPL and I am not thinking too much ahead. My job is to keep performing, rest is up to God.”