India spinner talks about his new weapon, the leg-break, and its Kumble connection. 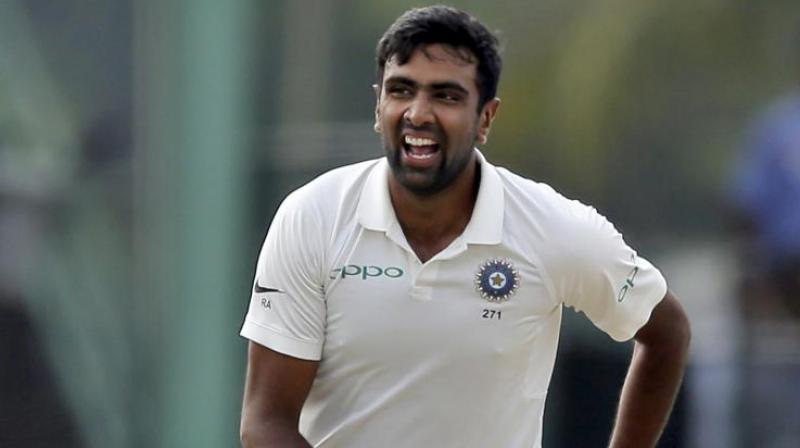 Chennai: As R. Ashwin began his load-up before rolling his wrist over for a spell of leg-breaks, the resemblance of Anil Kumble was striking. Ashwin who has been trying to add wrist spin to his armoury unleashed his new weapon against Gujarat in the Vijay Hazare one-day tournament in the eerie surroundings of Pachaiyappa’s College. He took two wickets.

“That’s how I bowled. That’s what I have tried and sharpened out,” said Ashwin of his wrist spin run-up similar to that of former India coach Kumble.

“I have also looked up actions of various people. I have also tried Paul Strang’s (former Zimbabwe leggie). I just try to incorporate what I can add to my bowling. It’s been a tough journey and more game time in the middle would give a lot of confidence,” added Ashwin.

Leg-break part of IPL plan
I’m not looking at it as an evolution. I have been practising (wrist spin) for some time. This is part of my plan going into the IPL. I’m trying to build my armoury. I used to bowl good leg-breaks with my off-spin action when I was playing league cricket in Chennai. Over a period of time, in search to get my stock ball right, I obviously had to cut out a lot of those things. I had possessed a lot more variations. I don’t really settle for anything. I never had the fear (affecting off-spin). My career has been such that people have always said that I tried a lot. And when I didn’t try a lot is when I have lost my place in the side. I don’t have any qualms about people’s opinions. But I should not feel that I didn’t try. I don’t know whether people have the courage to try but I certainly do.

Not going to fret over limited-overs return
I can only do my part. And I’m focusing only on that. I don’t think I am at a phase of my career where I am going to really fret much and look forward to something. Genuinely speaking, if I am good enough, I will play. But I always believe that I’m very good enough to play as a bowler in any team. That’s my self-confidence, but I will try to strengthen my ammunition for people to see.

Will give my best if asked to lead in IPL
As of now, nothing has been spoken about regarding captaincy. I have done well for TN in the past as skipper. I haven’t led TN in the T20 format. I’m someone who will not let things run away. If at all given an opportunity, I will try to give my best.

Disappointed to part ways with CSK
I was a tad disappointed. I owned that space around Chepauk. The kind of roaring and cheering I received whenever I came to bowl would always reverberate in my ears. Days at CSK gave me momentum going into my international career. But, I can’t really complain (playing for Kings XI). It will feel lovely to wear Punjab colours and enter Chepauk! I will again get a chance to showcase my skills in front of my home crowd. That’s all that matters to me. To play against CSK will probably motivate me more.

Ready for another County stint
In all likelihood, I will be going for a few county games. After the IPL, the number of county games between June and July is fewer  - only three or four. That will be a good practice ahead of the England tour. If I go, I will be going to Worcester again.

Kohli doesn’t have a negative bone in his body
Kohli is someone who goes for a win, come what may. He doesn’t have a negative bone in his body. He is always talking about a win and never thinks about situations to save the match. That gives a lot of clarity to most of the people in the team. The body language of him is driven from his psyche. It gives an amazing amount of intensity to the team. This is the first big overseas series for Kohli as captain. He is still young as skipper. It’s unfair to try to split the stats (based on region). It looks like some people are always searching for negativity. He is already on par with some of the greatest captains. It’s best that we give credit to him when it’s due.

Performance in SA gives impetus for England trip
I personally feel the South Africa Test series was very close. At Cape Town and Centurion, we were in the game till the last ball. If we had won the toss, it could have made a massive difference. In Johannesburg, we really showed a lot of guts and deserved to win. It gives us a lot of impetus going into the England series.