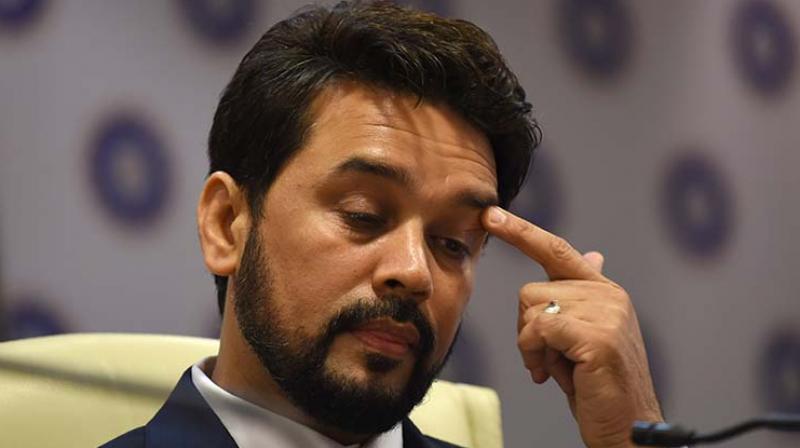 The SC bench had slapped Anurag Thakur with contempt and perjury notices for filing a false affidavit over writing to the ICC on the issue of autonomy. (Photo: AFP)

New Delhi: Former BCCI President Anurag Thakur, who is facing contempt notice for filing a false affidavit in the Supreme Court, on Monday tendered "unconditional and unqualified apology" before it.

Thakur, who was present in the court, said he had never intended to file any false information before the apex court and filed an affidavit explaining the circumstances under which the averments made by him led to the initiation of contempt proceedings.

"I (Thakur) have tendered my unconditional and unqualified apology and I have explained the circumstances. I had not intended to file any false information," senior advocate P S Patwalia, appearing for Thakur, told the bench headed by Justice Dipak Misra.

The bench, also comprising Justices AM Khanwilkar and DY Chandrachud, fixed the matter for hearing on April 17 and also exempted Thakur from personal appearance on that day.

The apex court had on January 2 come down heavily on the defiant BCCI brass and removed Thakur and Ajay Shirke as the President and Secretary for "obstructing" and "impeding" its directions for overhauling governance in the cricket body.

The bench had slapped Thakur with contempt and perjury notices for filing a false affidavit over writing to the ICC on the issue of autonomy.