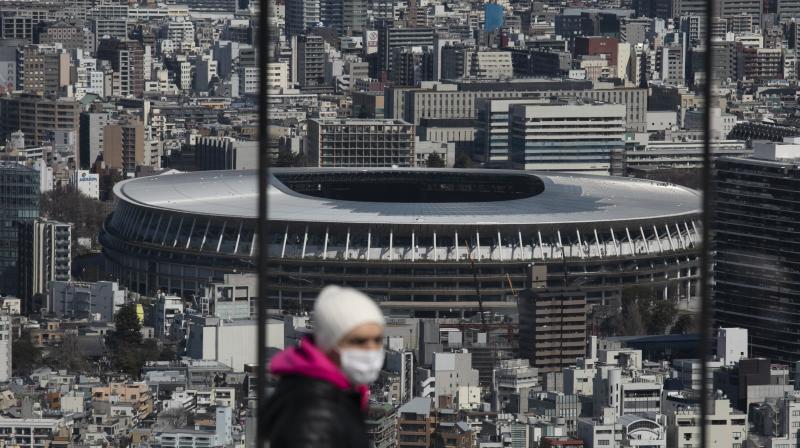 New National Stadium in Tokyo which would host the opening and closing ceremonies. AFP Photo

Tokyo: Construction of all new permanent venues for the Tokyo 2020 Olympics and Paralympics is now complete, organisers said Friday, as preparations continue despite worries over the new coronavirus outbreak.

The announcement comes as the International Olympic Committee insisted this week that a potential cancellation or postponement of the Games due to the virus was "not mentioned" at a meeting of their Executive Board.

The last venue, the $523-million Tokyo Aquatics Centre for swimming, diving and artistic swimming, was "completed on schedule by the end of February," the organisers said in a press release. The four-storey Aquatics Centre will seat 15,000 fans for the Olympic and Paralympic Games.

The main pool features a movable wall allowing the 50m facility to be converted into two 25m pools. The depth of the bottom can also be adjusted.

Other permanent venues include the main Olympic stadium, which was designed by renowned Japanese architect Kengo Kuma. It heavily features the use of wood in a nod to traditional techniques, and is designed to counter Tokyo's fierce summer heat.

The Olympics take place from July 24-August 9, but organisers have been battling to reassure athletes and would-be spectators that the Games remain on track despite the spread of COVID-19.

Japanese sports events from sumo to football have been cancelled or moved behind closed doors as the outbreak grows, with 97,000 infections and more than 3,300 deaths in some 85 countries.