While experts say 'Team comes first', netizens feel he should have allowed Jadeja to complete his double century 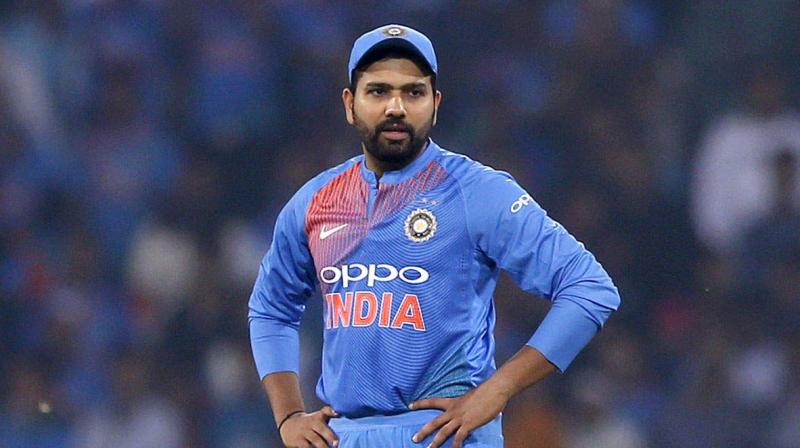 Team India’s new captain Rohit Sharma is being criticised by a section of social media for declaring the innings at 574/8, and thus depriving an opportunity to Ravinder Jadeja, who was batting on 175 *.

Another tweeted, “They call him (Rohit Sharma) Father of double hundreds because he can’t see others double hundreds...Definitely not a captain to be, after king kohli !”.

“Jadeja must deserve DOUBLE CENTURY. just a matter of time its only take 3-4 overs more. It's a dream for cricketers to score double century for his country. I bet if he playing under #ViratKohli captaincy he surely achieve that milestone.. Why so hurry??”

Experts back the captain

“Rohit Sharma must have consulted coach (Rahul Dravid) before declaring the innings. It is a team game where no individual is given priority,” believes former India captain Pragyan Ojha.

“Sharma had declared the innings seeing the wider aspect of the game. Jadeja has been promoted by Rohit in white ball games. Shami was batting at the other end. Bumrah was yet to come. They are the key bowlers of the team and I am sure the captain has ensured that they don’t get injured while batting,” Ohja said.
“It is upto the captain to decide whatever is in the interest of the team,” said Farokh Engineer.

However, Ravindra Jadeja’s sister Naina said she would have liked to see her brother’s first double hundred. “I would have been glad to have my brother be given this chance but it doesn’t matter. I am happy with his unbeaten 175 runs. He (Ravindra) has resumed playing after injury,” she said, adding, “Scoring the highest runs in Kohli’s 100th Test also gives me satisfaction and more joy when India wins the Test,” she added. However, latest reports also suggest that it was Jadeja’s request too to close the innings without waiting for his double ton.

This is not the first time

Jadeja is not the first cricketer to have missed an opportunity to register a double hundred. Other captains too have declared when a batsman was unbeaten in the 190s — Gerry Alexander in 1960 when Frank Worrell was on 197*, and Rahul Dravid at Multan in 2004 with Tendulkar on 194*.

There have been a few with batsmen in the 90s — Mike Atherton famously doing so with Graeme Hick on 98* and Imran Khan as captain at Sialkot in 1991 with himself on 93*.