Mishra, with 124 wickets, is second only to Lasith Malinga (143) in the history of the IPL. 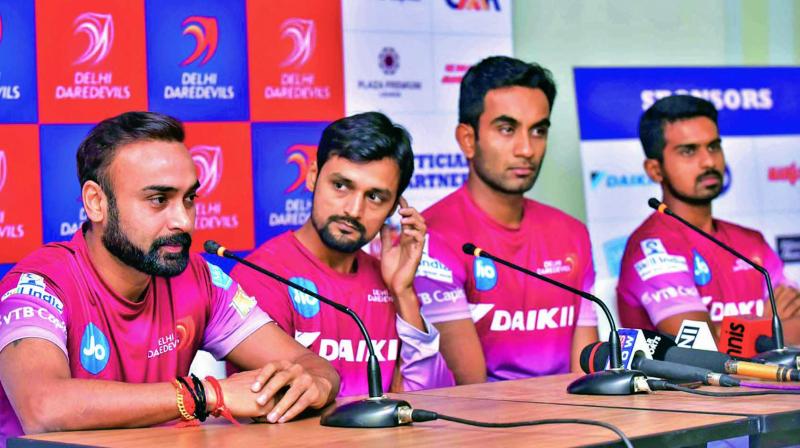 New Delhi: He has proved that spinners are not just cannon-fodder in the Indian Premier League, being the second most successful bowler in the history of the tournament. And Delhi Daredevils mainstay Amit Mishra feels slow bowlers will again play a vital role in shaping the outcome of contests, particularly in the first 10 overs.

The veteran, boasting 124 wickets — second only to Sri Lankan paceman Lasith Malinga (143) in the history of the tournament — believes variation is key to wickets in the IPL.

“You must have variation if you are to succeed at this level,” Mishra said at an intertaction on Wednesday, joined on stage by his Delhi spin colleagues Jayant Yadav, Shahbaz Nadeem and Murugan Ashwin.

“When to bowl slow, when to go faster, it’s important to get the maximum out of your variations. Sometimes it may not work, but if you are a quality bowler, you have more chances to succeed,” added the 34-year-old, who has 22 Test caps for India.

Mishra said there was no point in just trying to contain batsmen and stressed on the need to look for wickets at every opportunity. “The spinner’s role is very crucial in the first 10 overs. My effort has always been to take a wicket or two, while stopping the boundaries,” said Mishra, whose three hat-tricks are the most by an IPL bowler.

Off-spinner Jayant Yadav believes tweakers have to think on their feet to prevail in the battle of wits against the big hitters.

“To stop power-hitters, you have to be really aware of everything - the batsman, the conditions and the situation of the game,” he said.

“You have to read it really fast. Every ball in Twenty20 can win you a match. You just have to be aware of the situation and what the batsman is trying to do to outthink and outsmart him.”

Left-arm spinner Nadeem said he would focus on hitting the right line and length with flighted deliveries to fool the batsmen.

“Spinners must find the right line and length and deceive batsmen in the air,” the 27-year-old said.

“Normally, batsmen try to score against you, so if you can deceive him in the air, you always have a chance to get him out.

“If batsmen have come up with new shots in the tournament, spinners have responded with new deliveries. You see the carrom ball and then so many are bowling the doosra, which has been around for a while,”he added.

“If batsmen have innovated, spinners too have worked really hard on their craft.”