McCullum, 35, is currently the second-highest run-getter for Lions this season with 320 runs from 11 outings. 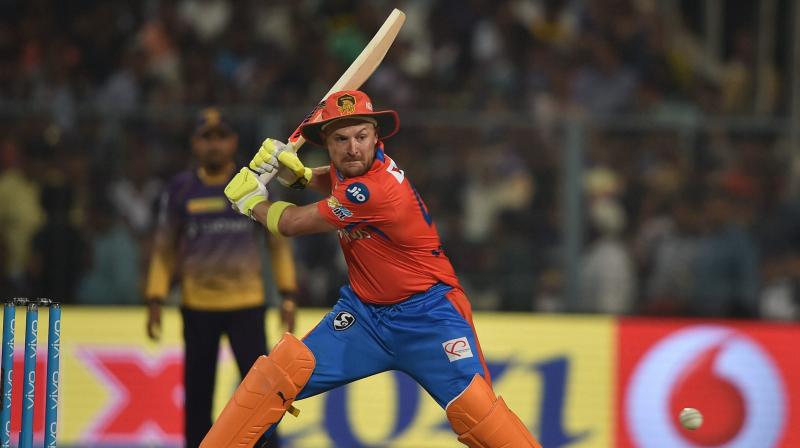 "Injuries are not ideal but part of our sport. Compressed tournament & long travel can be gruelling," tweeted Brendon McCullum. (Photo: PTI)

Rajkot: New Zealand's Brendon McCullum has been ruled out of the remainder of the Indian Premier League season with a hamstring strain, heaping fresh misery on his Gujarat Lions team.

The dashing opener injured his left hamstring during the seven-wicket defeat against Delhi Daredevils on Thursday -- a result that saw the Lions being knocked out of contention for the playoffs.

McCullum, 35, is currently the second-highest run-getter for Lions this season with 320 runs from 11 outings.

"Injuries are not ideal but part of our sport. Compressed tournament & long travel can be gruelling," the former Kiwi skipper posted on his official Twitter account late Friday.

"Sorry for not being there all the way."

The Lions had reached the playoff stage in the last IPL but struggled this season, managing just three wins in 11 matches.

They are scheduled to play three more matches in the Twenty20 tournament which ends on May 21 after nearly two months of action.

"Thank you for all the memories, @bazmccullum! Here's wishing you a speedy recovery. You will be missed!" tweeted the Lions.