ICC CWC'19: Key players to watch out for in India-Sri Lanka clash 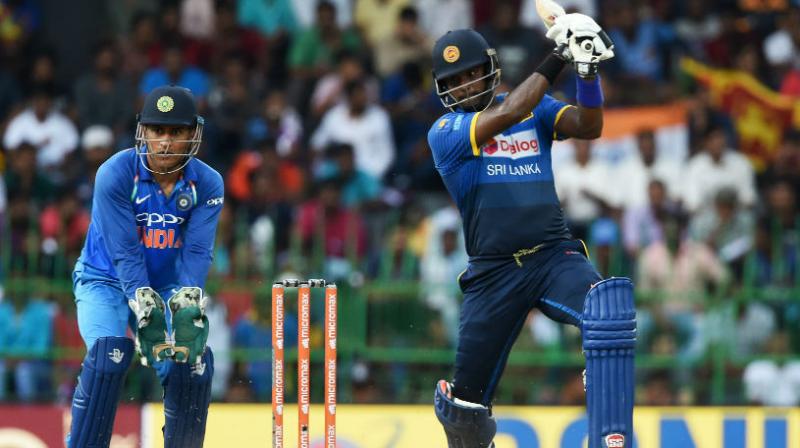 The Virat Kohli-led side are currently placed second in the tournament standings with 13 points from eight matches. (Photo: AFP)

New Delhi: When India and Sri Lanka lock horns at Leeds in the ongoing ICC Men's Cricket World Cup, the Men in Blue would look to finish the group stage at the top of the table whereas the Islanders would try to end their campaign on a high note.

The Virat Kohli-led side are currently placed second in the tournament standings with 13 points from eight matches. If they beat Sri Lanka and Australia lose to South Africa, the Men in Blue will move up to the top of the table.

On the other hand, Sri Lanka are positioned at the sixth place with eight points from eight matches. The team is out of the semi-final race.

Here are the key players to watch out for in today's clash:

The 32-year-old Indian batsman has been in great form in the World Cup so far as he has 544 runs from seven innings. He is the only batsman who has scored four centuries in the ongoing tournament and is tied with Sri Lanka's Kumar Sangakkara for scoring the most centuries in a single edition of the World Cup. Sharma has been providing a steady start to the Indian innings and he has the ability to accelerate when required.

Sri Lankan skipper Karunaratne played an unbeaten knock of 52 against New Zealand in the first match and contributed 30 runs in the second game against Afghanistan. Karunaratne's performance has derailed since then, but he still remains one of the vital cogs in Sri Lanka's batting lineup. The left-handed batsman has 212 runs in the ongoing World Cup. Under a lot of pressure and the ragtag attached to Sri Lanka, Karunaratne has to take his team back to its winning days.

The 25-year-old speedster is considered to be a key player for India. Bumrah's unconventional high-arm action and ability to bowl with variations make him a rare bowler among the cricketing fraternity. Apart from his wicket-taking skills, the number one ODI bowler is very economical in the death overs. Bumrah returned with figures of 4-55 against Bangladesh in the team's last match. The bowler has 12 wickets in the tournament so far.

One of the best pacers in the world, Lasith Malinga is the master of the slower ball, which makes him a go-to wicket-taker. During the 2019 IPL final, the Sri Lankan's feat helped Mumbai Indians secure a close victory over Chennai Super Kings. The 35-year-old bagged four wickets against England, to allow the team to record a remarkable win. The bowler has 12 wickets in the tournament so far.