Rumours have spread regarding Dhoni hanging up his boots after the conclusion of this World Cup. 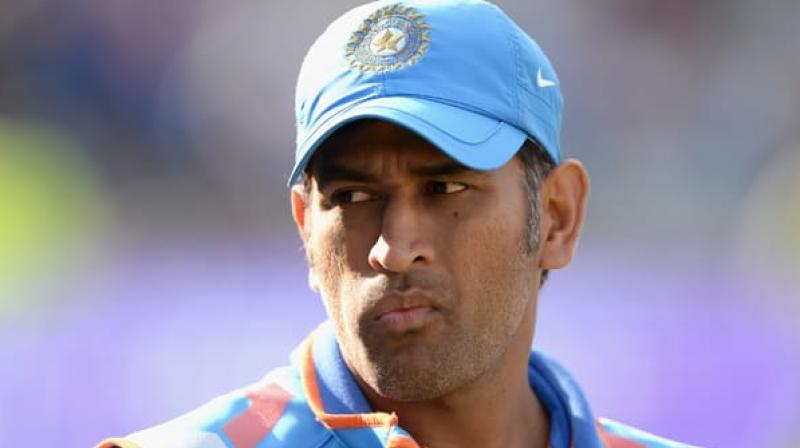 “I don’t know when I will retire from cricket, some people want me to retire before next match against Sri Lanka,” Dhoni was quoted as saying by ABP News. (Photo: AFP)

Mumbai:  Mahendra Singh Dhoni has been surrounded by controversies in the ongoing Cricket World Cup. The veteran wicket-keeper batsman has been lacking the form that once he was heavily praised for. The player has been put under the crosshairs for his slow batting as well.

Rumours have spread regarding Dhoni hanging up his boots after the conclusion of this World Cup. But there has been no official confirmation yet from the player himself.

As per a media report, Dhoni said that he wasn’t sure of whether he should call time on his cricketing or not, while being aware of the fact that a section of people want him to quit the game ahead of the team’s final league stage clash against Sri Lanka.

“I don’t know when I will retire from cricket, some people want me to retire before next match against Sri Lanka,” Dhoni was quoted as saying by ABP News.

Dhoni has scored 223 runs with an average of 44.60 at a strike rate of 93.30 at the World Cup so far. Though the numbers look just fine, it is the crucial nature of the situations during which these figures were made that is causing Dhoni’s reputation problems. Situations that demanded more runs in lesser balls.

India is yet to play at least two more games in the cup, a league stage match against Sri Lanka and a semi-final clash. A win in the semi-final, will give India an opportunity to play, shine and win in the finals. Fans will surely look forward to Dhoni regaining his old form with the bat in these upcoming matches.