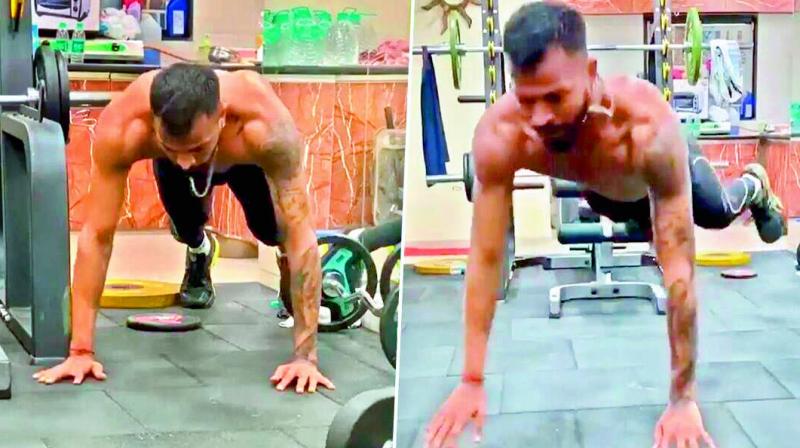 Fans of Team India’s cricketing greats are probably already aware of their everyday shenanigans already. What started with the Pandya brothers Hardik and Krunal posting videos of their fly push-ups, challenging each other to do more and better, got captain Virat Kohli to join in too.

For the uninitiated, Hardik had challenged his brother Krunal with a video of his fly push-ups, in which he teased the latter with the caption, “Stronger. Fitter. Still under construction @krunalpandya24, I challenge you bhai! Let’s see how many you can do (sic).”

Elder brother and India all-rounder Krunal took up the challenge, posting a video of him doing the exercise with ease.

Then, Virat Kohli joined in, posting a video on his social media page of him doing the same exercises, with a little twist. Then, he captioned the post with a call out to the Pandya brothers. “Hey H @hardikpandya7 loved your fly push ups ????. Here’s adding a little clap to it ??,” said his caption.

Hardik then responded to Kohli’s challenge, taking it up one notch higher, doing the push ups with a clap at the back!

Not to be left out, Test cricket opener Mayank Agarwal joined in. He posted on his social media a photograph of him hanging upside down while doing balance training. “On a scale of 1 to 10, the head rush I get when I’m trying to explore the “Upside Down” is ELEVEN,” Mayank captioned his post. Kohli’s comment on that was, “Kya ho gaya bhai. Lockdown has reached unbearable limits I guess (sic).”

Caution: Copy cats can get injured

Even as the fun and games between the players kept getting more challenging and trickier, Bengaluru-based fitness expert and India’s premier expert for elite sports performance and injury prevention, Deckline Leitao, decided to step in to caution youngsters from copying the exercises and fitness programs being executed by Team Indian captain Virat Kohli and his team.

Speaking to Deccan Chronicle via telephone, Deckline said, “The exercises shown are a form of explosive lifts and plyometric push-ups. They are effective for shoulder power and total body control and coordination. These are technically advanced exercises, and newcomers should ensure that they have built adequate muscle endurance, stability and strength before attempting to master these.”

Deckline added that if not executed with the right posture and strength, the landing impact and the explosive nature of the exercises could potentially overload areas such as the wrists and shoulders in inexperienced players.

In the meanwhile, Kohli also posted the video of him lifting 40 kg weight. “If I had to make a choice of one exercise to do everyday, this would be it. Love the power snatch (sic),” he captioned the video post, adding to it emojis of flexed biceps and a grinning, happy face.

Again, Deckline, who has been training players for over two decades, shared observations he thought young players and fitness buffs need to understand before copying these exercises. “Both Virat Kohli and Hardik are experienced players with a keen interest in fitness,” he explained.

“They are also experienced in performing advanced-conditioning exercises, which is why they are able to perform such advanced movements. However, younger players shouldn’t try to simply copy their fitness routines and should train according to their own physical capacity, training experience and injury history.”