On Sunday, the South African Cricket Board stated that Gibson and his support staff’s contract will not be renewed. 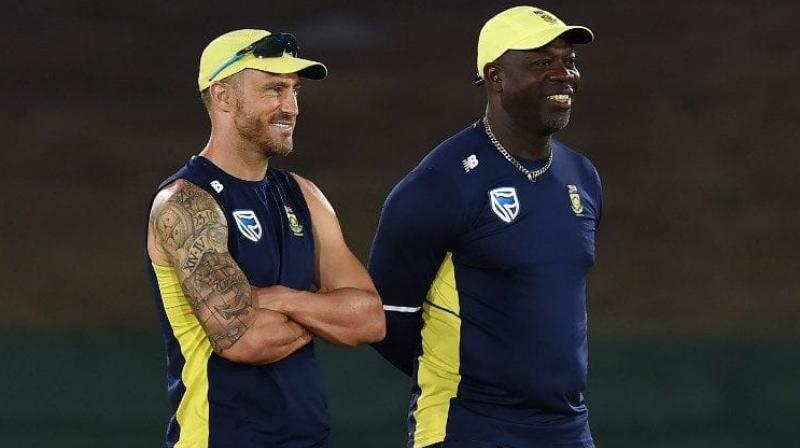 On Sunday, the South African Cricket Board stated that Gibson and his support staff’s contract will not be renewed. Gibson and his coaching members worked for South Africa for two years. CSA announced the decision after South Africa failed to qualify for the 2019 World semi-finals. The team ranked seventh in the 10-team league format.

In a tweet, Faf Du Plessis stated,“@MrODGibson gonna miss you coach. Have spent a lot of time together over the last 18 months and you become a friend of mine. You are a great man. Thank you for everything that you have done. We appreciate you.”

Extremely thankful and honored for all the awards last night. For my name to be amongst the great names of South African cricket as the cricketer of the year is a dream come true, but more importantly to be voted as… https://t.co/GvVCJ272OH

Ottis Gibson guided South Africa to Test series wins against India, Australia, Pakistan and Bangladesh. However, the team lost one series. While in the ODIs, the team has beaten beat Bangladesh, Sri Lanka and Australia, only to lose at the hands of India.

But after South Africa’s disastrous World Cup campaign, the apex cricket governing board of South Africa decided to not renew Gibson and his co-workers’ contracts.

Earlier this year, Gibson shared that it was written in contract that he must guide South Africa to a World Cup win to retain his post.

Corrie van Zyl will be acting as the director of South Africa Cricket until a proper replacement is found. Van Zyl’s first and foremost task is to assemble a coaching staff for the South African team before the unit takes on India for a three match T20I and Test series in India.

However, former England cricketer Kevin Pietersen has urged CSA to make Mark Boucher as the team’s next coach.