Dhoni is now serving as Lieutenant Colonel and will stay in the valley till 15th August. 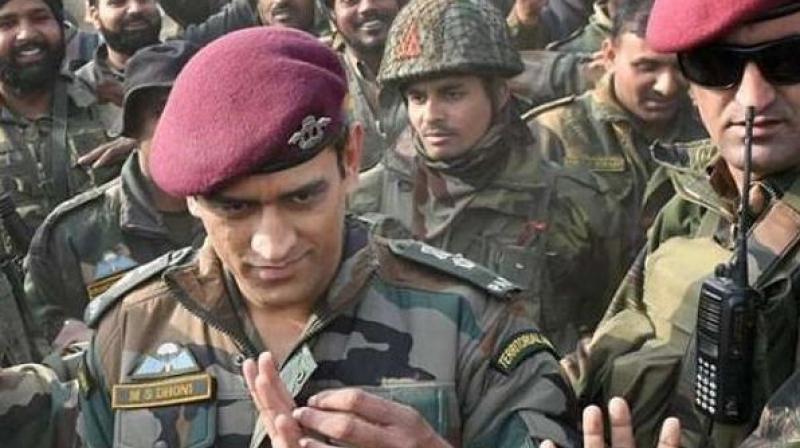 Earlier he was spotted playing volleyball with members of his battalion. (Photo: Twitter)

Mumbai: MS Dhoni, who is currently serving with his unit in Jammu and Kashmir, was seen singing the tunes of the evergreen song, ‘Pal Do Pal Ka Shayar’, in an event recently. Earlier he was spotted playing volleyball with members of his battalion.

Dhoni is now serving as Lieutenant Colonel and will stay in the valley till 15th August. Although there were speculations regarding Dhoni’s retirement, it was later confirmed that he will not be hanging up his boots just yet. He has decided to take a leave from cricket for a short period and spend time serving the country.

Dhoni’s replacement in the West Indies tour, Rishabh Pant, has not been performing as expected and this has lead to social media shouting out loud for the return of MS Dhoni.