Imran Tahir revealed on Twitter that he had to initially wait for five long hours before he was humiliated and expelled by the staff. 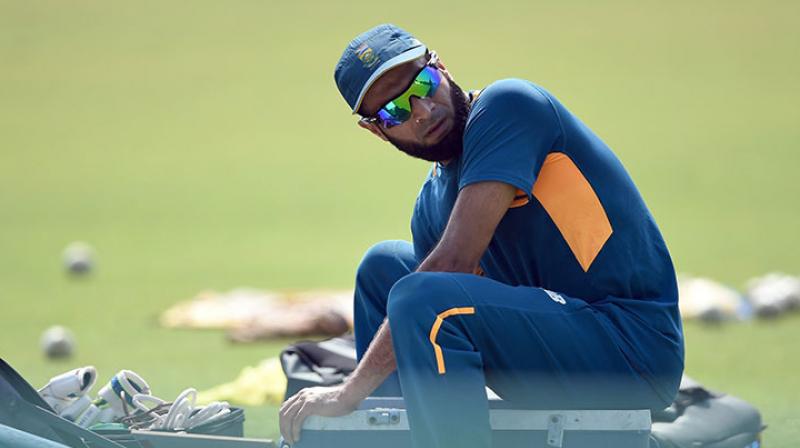 Imran Tahir is a part of the World XI side which will play Pakistan in a three-match T20 series at Lahore next week. (Photo: AFP)

Karachi: South Africa leg-spinner Imran Tahir, who is also a part of the Faf du Plessis-led World XI side, has claimed he and his family was humiliated by the Pakistan High Commission, when he attempted to apply for a visa for the upcoming T20 series between the two sides.

Taking to Twitter, the 38-year-old spinner revealed that he had to initially wait for five long hours before he was humiliated and expelled by the staff, eventually leading to the conclusion of the office hours.

"Me and my family were humiliated and expelled from the Pak High Commission earlier today when I went to get a visa to play the World XI in Pakistan," Imran wrote on Tuesday.

Me with my family were humiliated & expelled from Pak High Commission earlier today when I went to get visa to play for WorldXI in Pakistan pic.twitter.com/VByiqV4oFh

Clarifying the allegations, the Pakistan High Commission in London revealed that Tahir was assisted by consulate staff and that the issue had occurred as the leg-spinner and his family members held South African passports which required "additional processes".

The High Commission further informed that the time was taken in issuing visas, because of non-filling out of four applications, non-availability of supporting documents and additional processing required in respect of visas for holders of a third country.

"The visa applications are handled by Gerry's but, as a special case, his applications were directly accepted by the consulate. It may be noted that the normal visa-processing time is five working days," the Dawn quoted the Pakistan High Commission, as saying.

"When the High Commissioner came to know about the matter, he immediately intervened and gave a necessary approval after which the visas were issued the same day," it added.

Later, Interior Minister Ahsan Iqbal also responded to the Pakistan-born cricketer's complaint before vowing that the action would be taken against those responsible.

"Imran sorry to read your post. We will have this investigated and action will be taken against those responsible." Iqbal tweeted.

Imran sorry to read your post. We will have this investigated and action will be taken against those responsible.

The World XI includes five players from South Africa, three from Australia, two from the Windies, and one each from Bangladesh, England, New Zealand and Sri Lanka.