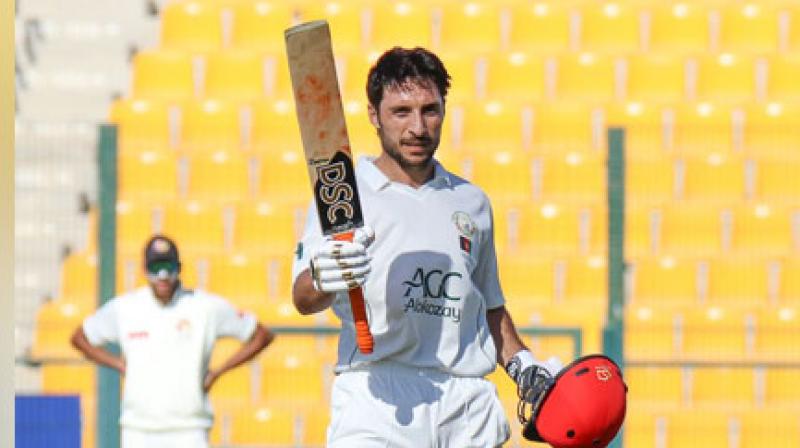 Shah achieved the feat during Afghanistan's one-off Test match against Bangladesh. The right-handed batsman smashed 102 runs in 187 balls before returning to the pavilion.

Earlier in the day, Afghanistan won the toss and elected to bat first. The Afghan side kept losing wickets at regular intervals and at a point, they were 77 for the loss of three wickets when Shah came into bat.

Shah, along with Asghar Afghan, stitched a 120-run stand to revive Afghanihopes in the match.

Spinner Rashid Khan also created history on Thursday as he became the youngest cricketer to lead a side in the longest format of the game and break a 15-year-old record.

Afghanistan has scored 271 runs for the loss of five wickets at the end of play on the day one. For Bangladesh, Taijul Islam and Nayeem Hasan bagged two wickets each while Mahmudullah picked one wicket.