The video is about Pakistan’s triumph over India, along with Kohli becoming a part of Pakistan's team after war between two countries. 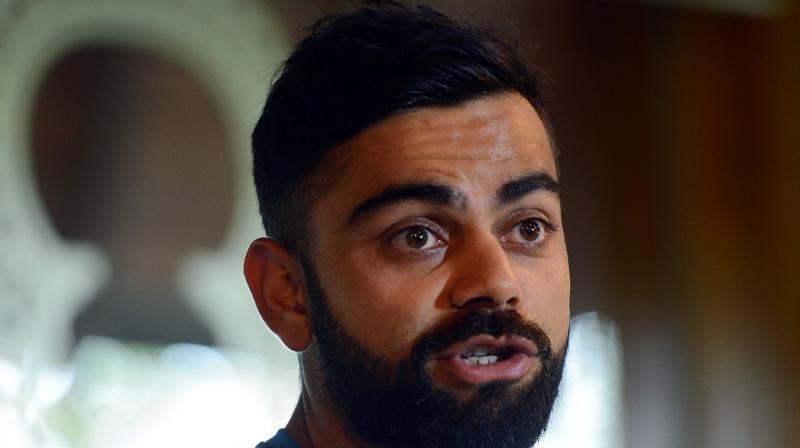 Mumbai: A video celebrating Pakistan's Defence Day which falls on September 6 has surfaced on the social media where Indian skipper Virat Kohli can be seen playing for the Pakistan cricket team.

The video is about Pakistan’s triumph over India, along with Kohli becoming a part of Pakistan's cricket team after the war between the two countries.

The video was shared by Pakistani journalist Naila Inayat with the caption, "Pakistan cricket team playing in Srinagar, Virat Kohli playing for Pakistan. Just some regular delusions, nothing else."

The period shown in the video is 2025 and it begins with a scene of the T20 World Cup which is played at the Srinagar Cricket Stadium.

The commentator announces that the match is between Pakistan and England and he introduces the two openers for Pakistan-- Babar Azam and Virat Kohli.

Watching the match at her home, a girl tells her father, “Dekhna aaj toh Virat Kohli hi match jeetwayega (Virat Kohli will win us this match today, you will see).”

To which her dad replies, "Virat Kohli na pehle India ki team mein hota tha (Virat Kohli used to be in Indian team)." To which the children reply with a surprised look "Kaun India? (Who is India?)."

The video set Twitter ablaze and reactions started pouring on the video. Here are some of the reactions:

You guys got to do this shit soon...Kohli has got only few yrs of play left... hurry up!!

"aaj kohli jitvayega". Even little kids of 2025 know not to rely on babar.