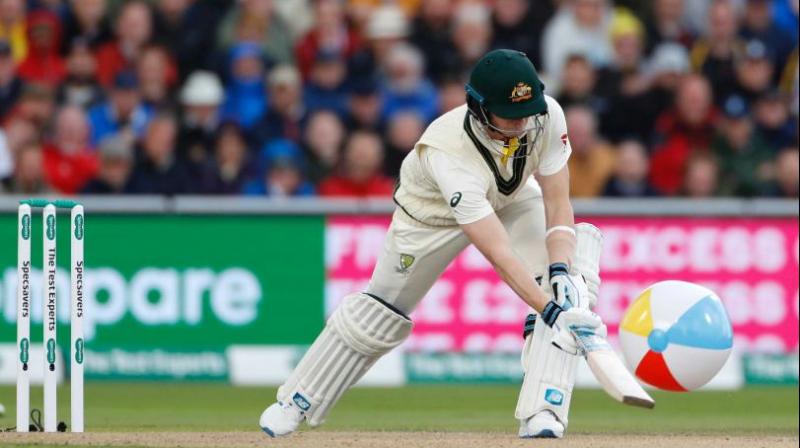 Mumbai: Australian batsman Steve Smith returned to action and took control of the fourth Ashes Test match by scoring a double ton, which put Australia in a strong position against the hosts, England. Smith’s 211 ensured Australia went past 450 to post a daunting first innings total of 497/8. En route to his 200, the southpaw also broke multiple records.

After getting hit by a deadly Jofra Archer’s bouncer that forced him to sit out of the third match, Smith came back stronger and stunned the 24-year-old Barbados born bowler and his side to score 211, which put Australia on top at the end of day two.

Despite batting on a tricky surface, the right-handed batsman was absolutely superb in outclassing the rival bowlers. Smith was showing his class by sending every bad ball to the boundary lines.

As soon as the ball reached the fence, the crowd bursted into laughter and applause.

Everybody sees a cricket ball, Steve smith sees something else #ashes #ENGvsAUS pic.twitter.com/l2g1SbkFW1