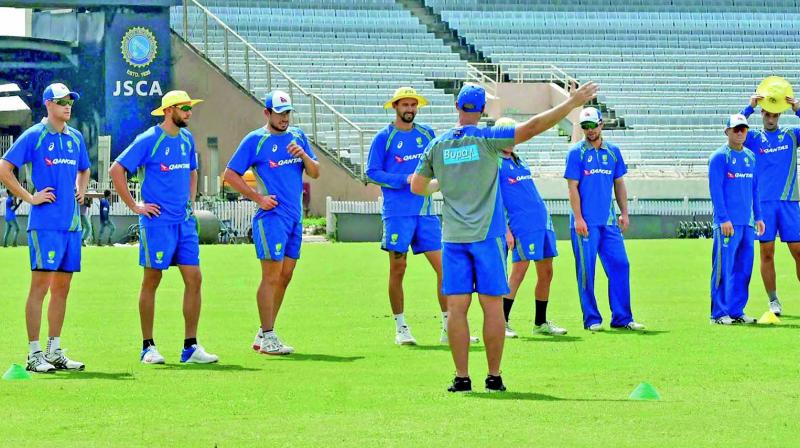 Australian players at a practice session ahead of the opening T20 match against India, at JSCA Stadium in Ranchi on Thursday. (Photo: PTI)

Ranchi: Rookie Australian fast bowler Jason Behrendorff will be delighted if his performance during the upcoming three-match T20 series against India is noticed by potential IPL recruiters, which he thinks will be “huge” for him.

The first T20 international will be played here on Saturday. Left-arm speedster Behrendorff, along with wicketkeeper- batsman Tim Paine, all-rounders Moises Henriques and Dan Christian, are

the new additions in the Australia T20 squad. With the Australian cricketers being in high demand for the IPL, Behrendorff was asked about how it would be to land a deal in the glamorous league.

“It will be huge. Everyone wants to play in the IPL. Every guy you play alongside in Big Bash League, who has done it or aspires to do it, speaks how great a competition IPL is, how much fun they have had, large number of people, who come to watch matches. It’s an experience, I would love to have,” said Behrendorff, who plays in the Big Bash for Perth Scorchers. 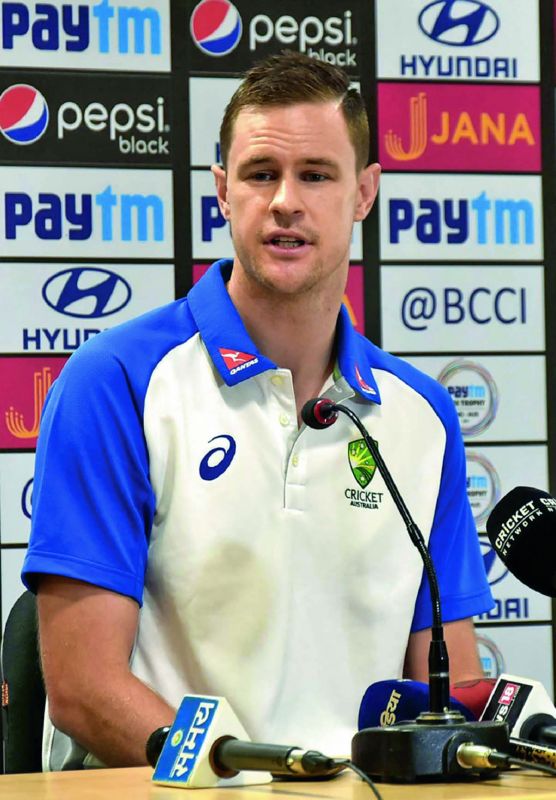 The pacer is yet to make his international debut in any format and is confident that he will get a chance in one of the three games. “It’s something I have worked so hard for. So hopefully, I will be able to play at least one of these three matches over the next week or so. But I am 100 per cent focused on these games here and making my debut,” he said.

The wickets here will be different and Behrendorff said that they will have to rely a lot on change-ups. “Proper field settings and bowling the right ball at the right time is very important,” he said.

Behrendorff maintained that the “morale” of the side is good despite the 1-4 loss to the hosts in the ODI series. “We speak a lot about having a good attitude at training and games. We are doing everything we can to remain positive. That’s a big part for the new guys coming into the group. We need to keep the ground buzzing.”

With James Pattinson ruled out of the Ashes due to lower back stress fracture, Behrendorff is a candidate for an Ashes call-up. “I have had an uninterrupted pre-season for a change which is the first time in a long time. I feel like my seasons have always started quite slow so it’s something different this year, which is great,” he said.

Behrendorff does not hide his liking for the longer format.  “Most of my cricket has been in four-day cricket so it’s something I have worked really hard at and I am feeling more confident with how I am going about it. “It’s a format I really enjoy and I am looking forward to starting the four-day summer when I get home as well,” he concluded.