He achieved the feat on day four of the first Test match between India and South Africa. 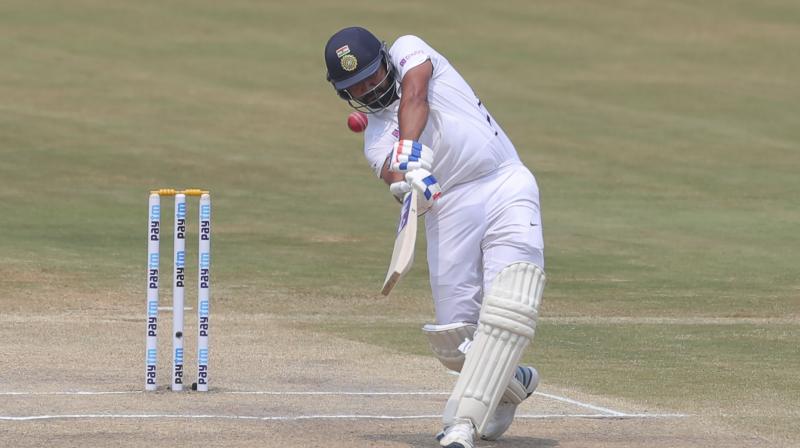 Visakhapatnam: Indian cricketer Rohit Sharma on Saturday surpassed Wasim Akram to hit the most number of sixes in a Test match.

He achieved the feat on day four of the first Test match between India and South Africa.

The right-handed batsman broke the 23-year-old record previously held by Akram. The former Pakistan cricketer had hit twelve sixes in a match against Zimbabwe in Sheikhupura.

Rohit whacked 13 sixes in the first Test and smashed two centuries in both the innings.

The right-handed batsman also became the second Indian opener to score two centuries in both the innings of a Test match.

Former cricketer Sunil Gavaskar is the other Indian opener to score centuries in both innings of the Test match.

India thrashed South Africa by 203 runs to register their first win of the series.